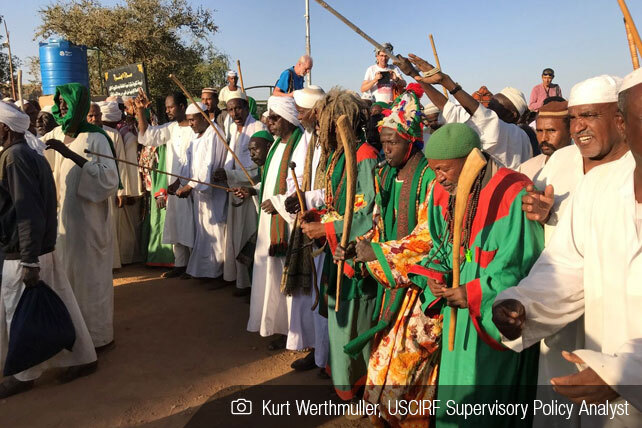 A transitional government in Sudan is taking steps toward “achieving equality” and ending discrimination, leading to cautious optimism for proponents of democracy. Apostasy (abandoning Islam through speech or behavior, including conversion to Christianity) and morality laws have been eliminated, and female genital mutilation is now banned.

The African nation, which is predominantly Muslim, had endured more than three decades of Sharia law and a 22-year civil war. In 2011, South Sudan, whose residents largely follow Christianity or traditional animist religions, declared independence.

Last year, huge street protests and a coup led to the ousting of longtime Sudanese leader Omar al-Bashir. Now, as pro-democracy demonstrations continue, a temporary coalition of leaders is attempting to shed the nation’s oppressive past and regain good standing internationally.

Sudan Moves Toward ‘equality of citizenship’

On state television last weekend, Justice Minister Nasredeen Abdulbari said Sudan’s transitional government is “keen to demolish any kind of discrimination that was enacted by the old regime and to move toward equality of citizenship and a democratic transformation.” The legal reforms, he says, protect Muslims as well as non-Muslims, who make up about three percent of the population.

It’s now legal for non-Muslims to drink alcohol in private, though not with Muslims, who still must not partake. Also, women may now travel with their children without needing a permit from a male relative. Previously, morality police made arbitrary arrests and carried out public flogging, often targeting women for how they were dressed.

Death by stoning had been the punishment for apostasy, the crime that pregnant Meriam Ibrahim was charged with in 2014. After giving birth in shackles, she managed to flee the country.

Female genital mutilation, done to an estimated 88 percent of Sudanese women of childbearing age, now can lead to a three-year prison sentence.

Swift Moves Could Cause Backlash, Some Warn

Some scholars fear the legal reforms are occurring too quickly for the Muslim majority, who could push back. Ahmed Soliman, a researcher at Britain-based Chatham House, tells the New York Times, “There is also division about these reforms, with a strong backlash by conservative religious and political figures who see the changes as an attack on Islam and morality.”

Noha Kassa, a Presbyterian deaconess in Sudan’s capital of Khartoum, tells Christianity Today the country’s recent reforms are answers to prayer. But she admits it’s “a lot to take for the Sudanese,” especially from leaders billed as merely transitional. “The government is in a critical period,” she says, “but for our church, I am excited for our ministry amid such changes.”

Activist Kamal Fahmi, a Sudanese Christian who founded the organization Set My People Free, says he praises God “for this miracle” and prays that Sudan “will become an example for religious freedom that other countries can follow, permitting converts [from Islam] their full civil rights.”