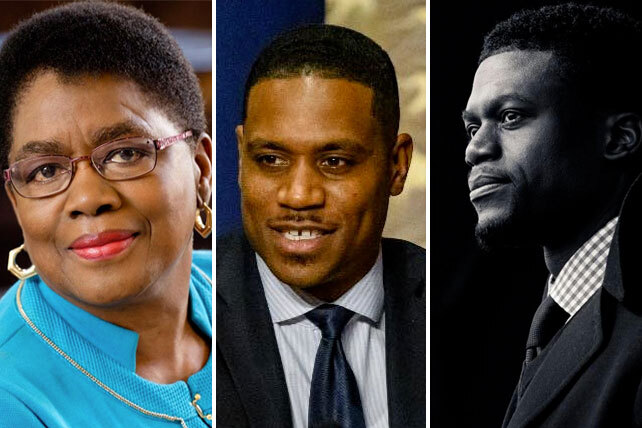 Through a new initiative, a coalition of diverse Christian groups will advocate for police reform, criminal justice, and racial equality. The Prayer & Action Justice Initiative (PAJI), which launched Wednesday, is spearheaded by the Christian advocacy group the AND Campaign.

Justin Giboney, an attorney and president of the AND Campaign, says the church must take a clear stand on social issues and move forward with reforms even when racism isn’t “on the front page” any longer. “We don’t want any ambiguity where we stand on justice,” he says. “It is time for the church to unite.”

PAJI is a bipartisan effort, Giboney adds, because it will “focus on people, on human dignity” and “pursue justice as is dictated in the Bible.”

Who’s Involved With the Initiative

Many of these participants have been working together during the pandemic to support smaller churches, often in minority communities. The Churches Helping Churches Challenge raised more than $1 million, which was distributed via $3,000 grants.

While continuing to help smaller churches, the groups are now “coming together to address racial injustice in strategic and tangible ways,” says Giboney. “The American church is sending a clear, unequivocal message in opposition to injustice and in support of black and brown people who’ve suffered for too long in America.”

What the Effort Will Involve

Participants have signed a Biblical Justice and Race Statement, which notes: “We mourn the loss of Breonna Taylor, Ahmaud Arbery, George Floyd, and all others who have lost their lives due to racialized violence. The Church must take these injustices personally, and take initiative to expel racial hatred and partiality from our society. As Christians we are to proclaim the gospel of Jesus Christ first and foremost (Matthew 28:16- 20). That truth takes nothing away from God’s expectation that we will pursue justice and righteousness in society on His behalf (Isaiah 59:15-16; Micah 6:8; Luke 4:18). Right doctrine without righteous conduct is unfaithfulness (James 2:14-26). Accordingly, to be silent or inactive on racism is immoral.”

The coalition plans to advocate for equality, accountability, transparency, proportionality (regarding sentencing laws), and restoration (for released prisoners). Efforts will include prayer gatherings, peaceful protests, public-policy advocacy, and continued support for at-risk churches.

PAJI will work toward broad goals as well as specific policy changes, including increased disclosure about police use of force. Giboney believes the initiative can help “level the playing field” in the criminal justice system for Americans of color “without necessarily a completely adversarial relationship with the police.” Law enforcement isn’t an easy job, he says, and while the police “do need to be held accountable and do a better job in many instances, they’re a part of our community as well.”