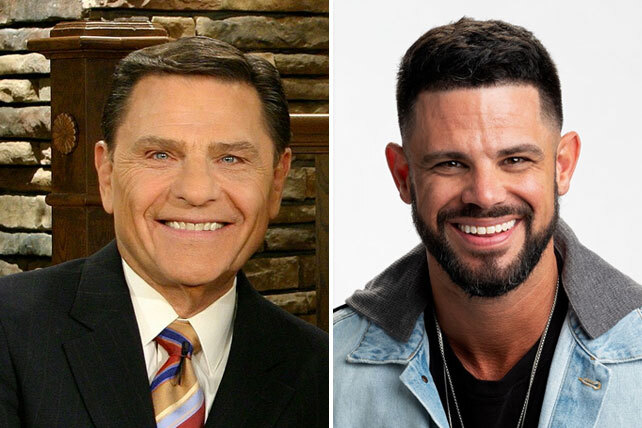 “Believer’s Voice of Victory,” a program put out by prosperity gospel preacher Kenneth Copeland, will no longer air on Trinity Broadcasting Network (TBN), ending a 40-year partnership. Instead, programming from Elevation Church preacher Steven Furtick, himself no stranger to controversy, will take the show’s place.

“In pursuit of a new vision under Matt and Laurie Crouch’s leadership, TBN has been making changes to programming over the last several years,” said Nate Daniels, TBN’s marketing director. In a statement provided to The Christian Post, Daniels said, “As a part of this transition we chose to move away from telethons, upgraded to HD, expanded our streaming platforms, forged partnerships with family brands like K-LOVE, Museum of the Bible and others, and have replaced some programs with new original content from voices like Christine Caine, Mike Huckabee, Mike Rowe and more.”

Copeland confirmed the news in a blog post on his website, saying he has been honored to partner with TBN for so long and that he is ready for this change, which will be effective Oct. 2. “We are exploding with vision,” he said. “We are experiencing His power, and we have embraced the greatest changes we have ever seen. Change is a good thing because everything that is alive changes in order to grow.” Copeland added that people “can find our daily broadcast on more major media outlets than ever before.”

Kenneth Copeland, who was targeted in the Netflix documentary, “American Gospel,” is notorious for his lavish lifestyle, outlandish statements, and for promoting the prosperity gospel. He recently called COVID-19 a “creep” and said that people who resist the devil in faith will not get the new coronavirus or any other sickness. Earlier in the year, Copeland called down “judgment” on COVID-19, proclaiming, “I execute judgment on you Satan, you destroyer, you killer, you get out!…You get off this nation. I demand judgment on you…I demand a vaccination to come immediately!”

Another noteworthy statement Copeland has made was when he said flying on a commercial airplane is essentially getting into “a long tube filled with demons.” This comment was part of a conversation he had with Jesse Duplantis as to why they and others like them need private jets to do God’s work. Copeland defended his extravagant lifestyle last year in an interview with Inside Edition, saying, “It takes a lot of money to do what we do.”

While not known for pushing a blatant prosperity message (although he does get a nod from the creators of “American Gospel”), Steven Furtick has himself come under criticism for a lack of transparency and also for his opulent way of life. Furtick is the lead pastor of Elevation Church, which he founded in 2006 and which reached an average attendance of 27,000 in 2019. Some have raised concerns that Elevation is encouraging a cult of personality, pointing to an infographic the church created that stated:

The church also produced a children’s coloring book that emphasized the importance of backing Furtick’s leadership and said, “Elevation Church is built on the vision God gave pastor Steven. We will protect our unity in supporting his vision.”

Furtick is clearly well-off—he made headlines several years ago for building a $1.7 million house and, more recently, has been the subject of many posts on the Instagram account PreachersNSneakers.

All this heat killin the corona once and for all

A post shared by PreachersNSneakers (@preachersnsneakers) on Aug 12, 2020 at 3:59pm PDT

The account’s creator regularly publishes pictures of celebrity pastors, along with the cost of their pricey attire. There are multiple posts of Furtick wearing items that cost several hundred dollars and sometimes close to $1,000.

A post shared by PreachersNSneakers (@preachersnsneakers) on Mar 25, 2019 at 1:20pm PDT

While TBN has not specified what Furtick will be offering in place of Copeland’s show, it is worth noting the Elevation Church preacher already has programming on the network, with his first episodes dating back to 2016.