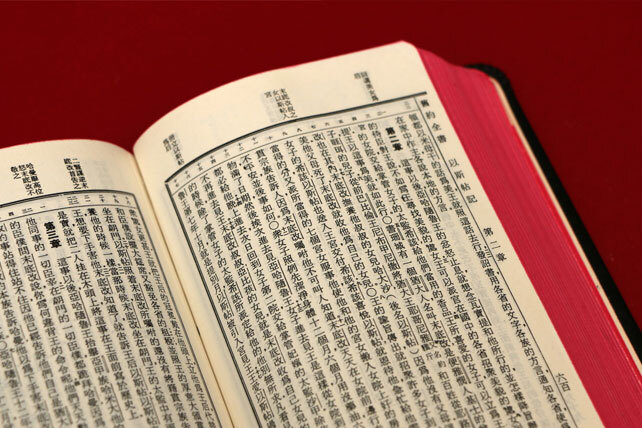 On Aug. 11, a Chinese preacher in Yunnan province received a notice from the Ethnic and Religious Affairs Bureau (ERAB) that he would be fined nearly $3,000 for holding an online Bible study. Regarding the penalty imposed on Zhang Wenli, International Christian Concern said,

This shows that it will be increasingly risky for any Christian in China to hold Bible study or conduct church activities online. From Wuhan, Sichuan, to Yunnan, the local authorities have been keeping their eyes on Christians, especially those from house churches. Many of their online activities were bugged and interrupted. The objective of their action is to coerce the house church members to join state-sanctioned churches.

Any institution or individual that is not registered with the Chinese government, says ChinaAid, is legally defined as “non-religious.” Authorities ordered Zhang to stop his online activities and levied him a fine of 20,000 yuan, which is roughly equivalent to $2,900. The notice said that if Zhang disagreed with the penalties, he could submit an appeal within three working days.

Since the onset of the COVID-19 pandemic, many ministries in China have moved their activities online, but that does not mean they have escaped government interference. According to a report from Church in Chains, in February authorities in Shandong Province banned all online preaching, even from state-approved Three-Self Churches.

There have been reports of churches in other areas of the country that have had their online services mysteriously shut down, as well as reports of the government monitoring the online behavior of church members. On Easter Sunday, officials interrupted the online service of the much-oppressed Early Rain Covenant Church and arrested several of the members.

The news about Zhang Wenli’s fine comes amid continuing reports of religious persecution in China, including an update from Bitter Winter that the Chinese Communist Party (CCP) has removed over 900 crosses from state-approved churches in Anhui Province since the beginning of this year.

“I feel sad thinking that all crosses in our church have been demolished,” one church member told Bitter Winter. “Even though it is a symbol of our faith, who dares to disobey the central government order?”

The cross removal is in line with the CCP’s campaign of sinicization through eliminating any imagery it perceives as “western,” or as a threat to the authority of the state. As ChurchLeaders reported in May, the Chinese government is removing crosses from church buildings in different parts of the country, even if congregations are registered with the state-approved Three-Self Church.

One believer told Bitter Winter, “United Front Work Department officials said that all crosses taller than government buildings must be demolished because they overshadow state institutions. Only churches that look like enterprises are considered legal. To ‘sinicize’ Christianity, Xi Jinping does not allow churches to have Western crosses.”

Officials are also forcing people to take down the religious imagery in their own homes and to replace it with pictures of President Xi Jinping and Chairman Mao Zedong. The government is threatening to deny people their welfare benefits should any resist.