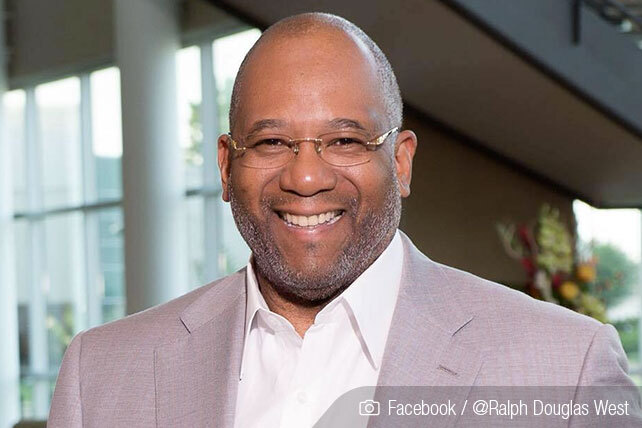 Rev. Ralph D. West will no longer be pursuing a doctoral degree at Southwestern Theological Baptist Seminary in Fort Worth, Texas, and is cutting ties with the Southern Baptist Convention (SBC) entirely. West is one of several Black pastors dismayed by a recent statement from Southern Baptist seminary presidents denouncing critical race theory (CRT) and intersectionality.

“I cannot maintain my affiliation any longer and therefore am withdrawing from Southwestern Seminary. Nor will I associate with the SBC any longer,” said West, who is founder and pastor of Church Without Walls in Houston, Texas. In a statement published in the Baptist Standard Wednesday, West said he returned to Southwestern in “good faith,” but the seminary presidents’ recent statement “has soiled that good faith.”

“In the future,” said the pastor, “my primary seminary affiliation will be with Baylor University’s George W. Truett Theological Seminary.”

The offending statement, which has generated some controversy since its publication Nov. 30, came from six members of the Council of Seminary Presidents of the Southern Baptist Convention, all of whom are white. The statement commemorates the twentieth anniversary of the adoption of the Baptist Faith and Message and says, “We stand together on historic Southern Baptist condemnations of racism in any form and we also declare that affirmation of Critical Race Theory, Intersectionality, and any version of Critical Theory is incompatible with the Baptist Faith & Message.”

Britannica defines “critical race theory” as “the view that the law and legal institutions are inherently racist and that race itself, instead of being biologically grounded and natural, is a socially constructed concept that is used by white people to further their economic and political interests at the expense of people of colour.”

According to Merriam-Webster, “intersectionality” is “the complex, cumulative way in which the effects of multiple forms of discrimination (such as racism, sexism, and classism) combine, overlap, or intersect especially in the experiences of marginalized individuals or groups.”

Some, such as the Conservative Baptist Network, entirely reject critical race theory and intersectionality as liberal, Marxist concepts.

“To be sure, I do not offer a full-throated affirmation of all of the tenets of critical race theory and conceptions of intersectionality,” said West in his explanation of why he is severing his connection with the SBC. “I am fully aware these are secular theories…I know Christ is the answer to the world and all of its ills. Of this, I have no doubt.” Nevertheless, the pastor said the presidents’ “stand against racism rings hollow when in their next breath they reject theories that have been helpful in framing the problem of racism.”

In addition to raising other concerns, West questioned why the seminary presidents specifically called out CRT, without denouncing specific instances of racism. The pastor cited several examples, including the group Proud Boys and police violence against George Floyd, Breonna Taylor and Ahmaud Arbery. Simply denouncing racism is not enough, said West. “You cannot claim to uphold equality without attacking the very systems undermining it…A general condemnation of racism is insufficient in a time when there are specific instances of it that go unaddressed.”

The pastor also took issue with the fact that no minorities contributed to the presidents’ decision. “My dear brothers’ bias is apparent to all of us,” he said. “Instead of reaching out to fellow brothers and sisters who have lived with the reality of racism in formulating their view, these six men took it upon themselves to dictate how we should think about racism.”