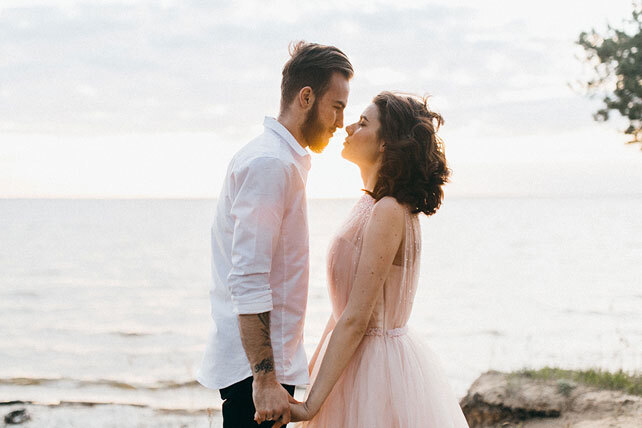 Fewer couples are turning to the church today and that’s a pressing concern for church leaders. An in-depth study performed by the American Enterprise Institute (AEI) offers a statistical glimpse into current trends of religion in America. Focusing on the study’s findings about families and marriage, families being the foundation of any society, provides key data for answering the question of what these trends may mean for the church for years to come.

According to the AEI study, 22 percent of young adults in America report a home life without the influence of any formal religion, compared with only three percent of senior Americans. Alongside the rise in “unaffiliated” homes are homes with parents of differing religious backgrounds. One in five Americans are raised in interfaith home environments and it is becoming more common. The study results also show that American children whose parents have differing faiths are significantly less likely to be active in faith during their formative years.

This decline in young families attending church may go even deeper as a result of the pandemic. In his article “The Two Largest Groups Who Have Not Returned to In-Person Worship Since COVID,” Thom Rainer writes, “As a rule, parents whose children are back in school classrooms are likely to be comfortable bringing those children to in-person church gatherings. But if the child is younger than school age, the hesitancy to return is greater. The entire family typically does not return to church.”

The AEI study suggests “the shifting religious landscape is also affecting the role religion plays in important life moments.” For Americans age 65 or older, it was much more common to have been married in a religious location such as a church or had the ceremony officiated by a minister—even if the wedding venue was not also a venue dedicated to worship. Among senior Americans, 60 percent described their wedding incorporating their faith either by venue, officiant, or both.

In contrast, only 36 percent of younger Americans are opting for weddings in venues of worship or officiated by a religious official. Much more common for young Americans, nearly 48 percent, are marriage ceremonies performed in a venue and by an officiant that does not involve a faith element. Additionally, 56 percent of young Americans who have not yet been married say they would choose a nonreligious ceremony.

Couples choosing “secular” weddings could be a big missed opportunity for the church. Brandon Hilgemann writes that “performing a wedding is both a great honor and a heavy responsibility. The last thing you want is to ruin a wonderful couple’s perfect day.”

But if you haven’t been invited to be a part of a couple’s wedding, you and your church are missing out on speaking into the couple’s life, bringing God into every part of the day, and earning the privilege of being a part of each young marriage from the beginning.

Younger Americans choosing to begin marriages without the involvement of faith is likely tied back to the role faith played, or did not play, in their upbringing. It stands to reason that young adults raised in nonreligious homes would choose a nonreligious wedding, but 36 percent of young adults in America raised in religiously affiliated homes are choosing secular wedding ceremonies as well.

The data shows something of a snowball effect at play. Fewer children being raised in homes where faith is a foundation is resulting in fewer marriages that make faith a priority–for a rise in secular couples. The growing number of religiously unaffiliated couples, married or unmarried, raising children in homes much like their own where faith was left out is becoming more common.

The study’s findings provide the basis for some powerful inferences for the future, but they also reveal an equally powerful glimpse into where churches can focus attention in ministry to turn the tide—young couples and the families they are raising or will raise.