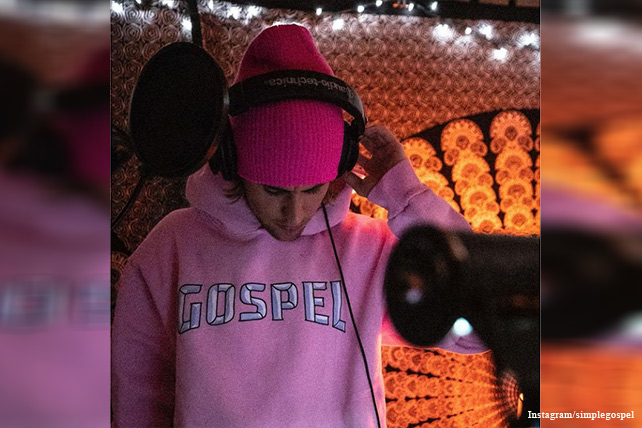 The multiplatinum Grammy Award winning artist and global phenom Justin Bieber, who says “I am a Jesus Guy” but makes sure you know he’s “not a religious man,” released a surprise faith-centered EP on Easter titled Freedom.

It isn’t abnormal for Bieber’s Instagram page to be filled with faith-based messages, quotes from pastors, a worship song, or Scripture from the Bible.

In 2017, Bieber was in a downward spiral that resulted from drugs, public meltdowns, and a 2014 DUI arrest. The singer was taken in and mentored at the time by Hillsong’s Pastor Carl Lentz where Justin rededicated his life to Christ. In 2020, Lentz was fired from Hillsong for ‘moral failure.’

In January, Bieber posted a picture of his arrest and stated that it wasn’t his “finest hour” and that at the time he was “hurting, unhappy, confused, angry, mislead, misunderstood and angry at God.” He gave all credit to God for where he is now and let his fans know that God never left him. Bieber encouraged those reading to “let your past be a reminder of how far God has brought you. Don’t allow shame to ruin your ‘today.’ Let the forgiveness of Jesus take over and watch your life blossom into all that God has designed you to be.”

His Easter release Freedom boasts gospel centered lyrics like “On the third day…you rose up…And you beat death once and for all…Once and for all…There’s nobody like You…Sometimes this world is feeling crazy…At times my mind is feeling hazy…But, Lord, You always come and save me…God Almighty, my safety…You’re my end, you’re my new beginning…You’re my home, the One I confide in…You’re the very air I breathe…The reason that I sing,” from the song Where you Go I Follow.

The new EP comes with some questionable lyric choices reminiscent of his newly released album from a few weeks ago titled Justice. That album features his #1 song Peaches, which is an ode to his wife Hailey but uses explicit words throughout its entirety. In the song All She Wrote off the Freedom EP, he is less explicit but still chooses to swear, likewise using the rated-R version of ‘crap’ in his song We’re In This Together.

As all of us are, Bieber displays his imperfections while maturing in Christ, but his new EP won’t be left unnoticed at your next youth gathering.

Anyone who reads his posts on Instagram can’t say he doesn’t love Jesus, and it appears he isn’t Afraid to Say it. Telling his followers that God is in control, he said, “Are you tired of trying to be perfect? Are you tired of trying to please everyone? Are you tired of feeling not good enough? Do you feel alone? Afraid? Look around at all of the wonder of God’s creation. The sky, the mountains, the trees, the ocean HOW BIG AND HOW VAST, and remember the goodness of God and his magnificent ways. The pain you are facing will not last forever. GOD IS IN CONTROL.”