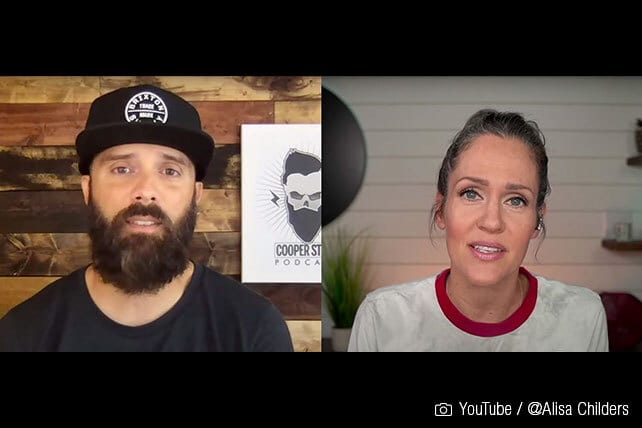 In a special mashup podcast this week, two Christian musicians criticize the “woke mob” that tried to “cancel” singer Matthew West because of his recent song about modesty. Alisa Childers of ZoeGirl and John Cooper of Skillet discuss the “Progressive Christian Twitter” backlash against West’s “Modest Is Hottest” video, which West insists was merely satirical.

Childers and Cooper also share insights about the biblical concept of purity and the role parents play in guiding kids’ decisions.

Singers Stick Up for ‘Modest Is Hottest’

“Modest Is Hottest” features West singing to his two daughters about dressing conservatively, preferably in turtlenecks. On social media, the singer described his lyrics as a “lighthearted take on an age-old struggle.”

But the backlash was swift, with many online commenters accusing West of perpetuating false stereotypes and promoting the now-controversial purity culture. West removed links to the song and video, saying he didn’t intend to offend anyone.

After texting about the dust-up, Childers and Cooper decided to join forces and discuss it with viewers. Near the beginning of the podcast, Childers admits she wants to “stick up for Matthew West.” Cooper agrees, saying, “No one has a sense of humor anymore.”

Not wanting your daughters to dress like pop stars or TikTok dancers should be a no-brainer, the two say. They talk about Oklahoma pastor Jeremy Coleman, who posted a “fixed” version of West’s song. Coleman’s lyrics include “Just wear what you want” and “Hold your head up so your crown doesn’t fall off.” He also sings, “If the boys act like pigs, tell ’em gouge out their eyes.”

Critics of purity culture say it’s toxic and even grooms girls for sexual abuse. In an interview with Newsweek, Coleman says, “Telling [girls] to dress a certain way to be ‘less attractive’ is reverse body-shaming. We are in essence telling them that they should be uncomfortable with who they are because of what others, namely men, think of their body.”

Alisa Childers: The Bible Is Our Authority

Childers and Cooper discuss whether purity is antiquated and conclude that Christians can critique that culture without throwing the entire concept “out the window.” Childers, quoting verses such as 1 Corinthians 6:19, says purity is a biblical mandate for both men and women. “Isn’t it possible to encourage our daughters to dress modestly—for lots of reasons, not just because of what it’s going to do to guys—while at the same time helping them understand that they’re not responsible for men’s lust?” she asks.

Following Jesus and denying ourselves, says Childers, “means you die to how you want to always express yourself.” She adds, “That’s something that our culture doesn’t really get.” Childers also critiques the attitude of Pastor Coleman’s musical rebuttal, saying, “The Bible just doesn’t give you that permission” to wear whatever you want, no matter your gender. “Being a Christian,” she says, means “we have the Bible as our authority, not the woke mob.”

Cooper agrees, saying it’s “not correct” to act like the way you present your body “is a non-issue to the Lord,” whether male or female. And it’s “really silly” to say the Bible doesn’t speak to purity issues, he adds. As the father of an 18-year-old daughter, Cooper encourages Christian parents to try to protect their kids out of love.