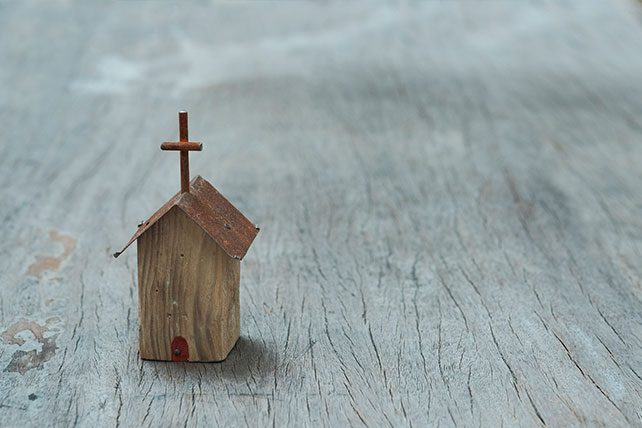 First, an explanation or two, then a definition. I know more about getting a small church to grow than larger ones. I pastored three of them, and only the first of the three did not grow. I was fresh out of college, untrained, inexperienced and clueless about what I was doing. The next two grew well, and even though I remained at each only some three years, one almost doubled and the other nearly tripled in attendance and ministries.

By using the word “grow,” I do not mean numbers for numbers’ sake. I do not subscribe to the fallacy that bigness is good, and small churches are failures. What I mean by “grow” is reaching people with the gospel of Jesus Christ. If you reach them and start new churches, your local church may not expand numerically, but it is most definitely “growing.” If you are located in a town that is losing population and your church manages to stay the same size, you’re probably “growing” (i.e., reaching new people for the Lord).

These are simply my observations as to why a stagnant, ungrowing small church tend to stay that way. I send it forth hoping to plant some seed in the imagination of a pastor or other leader who will be used of the Lord to do great things in a small church.

I have frequently quoted Francis Schaeffer who said, “There are no small churches and no big preachers.” I like that. But it’s not entirely true. We’ve seen churches made up of just a few people and stymied by lack of vision and a devotion to the status quo. And here and there, we may encounter a preacher with the world on his heart and the wisdom of the ages on his lips; that, for my money, is a “big preacher.”

But this is not about being such a preacher. We’re concerned with not being one of those churches.

10 Reasons Why a Small Church Tends To Stay Small

1. Wanting to stay a small church.

“We like our church just the way it is now.” While that attitude usually goes unspoken—it might not even be recognized by its carriers—it’s widespread in many churches. The proof of it is seen in how the leaders and congregation reject new ideas and freeze out new people.

The process of rejecting newcomers is a subtle one, never as overt as snubbing them. They will be greeted and chatted with and handed a printed bulletin. But they will be excluded as clearly as if they were—as I was once—the only man in a roomful of sorority women at a state university. (I was an invited guest, about to bring a message to them. They couldn’t have been nicer, but alas, they did not invite me to join!)

“Bob’s class is meeting this week over at Tom and Edna’s. Come and bring a covered dish.” “The youth will have a fellowship tonight at Eddie Joe’s. We’re serving pizza and you don’t want to miss it.”

Unless you know who Bob, Tom, Edna and Eddie Joe are and where they live, you’re out of luck.

Pastors who want to include newcomers and first-timers in things should use full names from the pulpit. “I’ll ask Bob Evans to come to the pulpit and lead us in prayer.” This allows newcomers to learn who people are.

“For those who need directions to Eddie Joe Finham’s house for the youth fellowship, he’s the guy with the crew cut wearing the purple shirt. Raise your hand, Eddie Joe. He has printed directions to give you.”

No one can promise that if a church wants to grow it will. However, I can guarantee you that if it doesn’t, it won’t.

2. A quick turnover of pastors.

A retired pastor who had served his last church some 30 years was supplying for a small congregation south of New Orleans. That week he told me of a discovery he made. “On Sunday afternoon, no one invited me to their home, so I had several hours to kill before the evening service. In the church office, I was reading their history and discovered that in their nearly 50 years of existence, they’ve had 22 pastors.”

“Think of that,” he said. “If they had around six months between pastors, that means the average tenure was less than two years.”

He was quiet a moment, then said, “They didn’t have pastors. They had preachers.”

It takes at least a couple of years to become the real deal for a church, a pastor in more than name only, one who has earned the right to lead the congregation. With larger churches, the time period is more like six years.

Again, no one will promise you that keeping a pastor a long time guarantees the church will grow. But I can assure you that having a succession of short-term pastors will prevent it from growing as surely as you took a vote from the congregation to reject all expansion.

3. Domination by a few strong members.

The process by which a man (it’s almost always a man) becomes a church boss is subtle and rarely, if ever, the result of a hostile takeover.

The pastor of a small church leaves for another town. The pastorless congregation looks within its membership for leaders to rise up and “take care of things” until a new pastor arrives. There will be pulpit supplies to line up, a search committee to form and train and send forth, and a hundred details to see to for the operation of the church. So two or three faithful and mature members (we assume) are chosen. They do their job well.

If the next pastor leaves after an unusually short tenure for whatever reasons, the congregation resorts to the fallback position: they enlist the services of those same two or three mature—and now experienced—leaders.

That’s how it happens that one of them or possibly all three began to look upon themselves as the church itself. They make important decisions for the body, and everything works out. When the new pastor arrives, they let him know that anything he needs to know, he should call on them. He quickly sees that they have set themselves up as the board of directors, a layer of authority between the hired man (the preacher) and the congregation.

The bosses explain that they are protecting the congregation. “We don’t like to upset them with matters like this.” “These things are better off handled by just a few.”

The longer this situation continues this way, the more entrenched these men become in their dictatorship. Pity the young idealistic pastor who walks into that church unsuspecting that they lie in wait for him, to—ahem—”give direction to his ministry.” Or, as one said to me, “We thought you would like to have some help in pastoring this church.”

In almost every instance, such self-appointed church bosses exist to frustrate the pastor’s initiatives, block his bold ventures and control his tendencies to want the church to act on (gasp!) something he calls faith!

Result: The church stays small. No normal church family coming into the community would want to join such a church.

The one thing church bosses cannot stand is the light of day shown on their activities. Even though they convince themselves what they are doing is in the interests of the congregation, they don’t want others to know about it. “They wouldn’t understand.”

Oh, we understand all too well. (Read about Diotrephes in the little Epistle of III John. He “loves to have the pre-eminence.”)