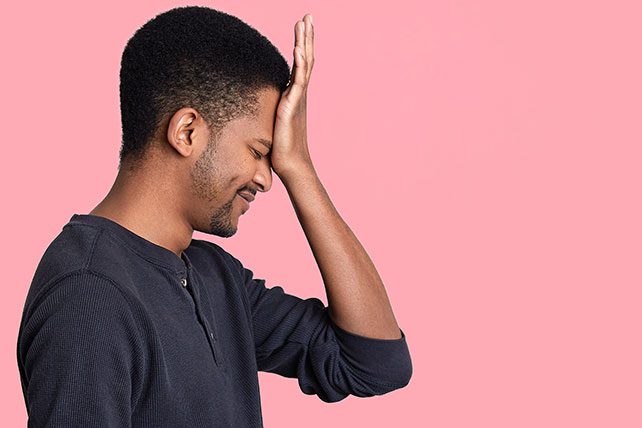 Here’s a parable about myopic leadership and misplaced missional energy:

When the movie Skyfall released in 2012, it was the 23rd installment in the James Bond series that began 60 years ago in 1962 with Dr. No. Skyfall was heralded as the best Bond film in years and Daniel Craig the best Bond since Sean Connery. It is, without a doubt, a Bond-lover’s feast. From the revival of Q to Miss Moneypenny, throwback villains to Aston Martins, it deserved its critical acclaim and box office success. However, there are 24 mistakes in the film. I know this because somebody poured over the film multiple times and counted them. For example, when Bond drinks Macallan in M’s apartment and puts the bottle down, the label is facing away from the audience. A few scenes later, the label is facing toward the audience.

Of course, the 24 mistakes in Skyfall are nothing compared to the 395 found in Apocalypse Now nor the 310 found in The Wizard of Oz.

When I ran across the article on the 24 mistakes, I sat back and thought: Really? Who has the time to count such minuscule mistakes? Who has the kind of “life” or spirit that would want to?

Who looks at the larger-than-life story told through skillful acting, writing and cinematography in such a film – much less Academy Award winners such as Apocalypse Now and The Wizard of Oz – and walks away with tiny mistakes? Who wants to major on the minors?

Actually, I know. Most leaders do. They are the same kind of people who analyze any number of other people, places or things for mistakes. And I know at least one of the reasons why they do it, too. (We’ll bracket off personality for the moment.)

They have misplaced missional energy.

When I speak of missional energy, I confess I have no verse to take you to, no great theological architect from history to cite, only decades of working with people as a leader. But I will tell you that I believe it is very real and must be considered. When I talk to other leaders, they believe it’s real, too. They may not use my language, but they know what I mean when I describe it.

Here’s the idea: It is as if there is a certain amount of missional energy within a person and, by extension, within a community of people. This energy can be turned inward or outward.

If turned outward, toward authentic mission, the life of the community is relatively peaceful. There isn’t the time or energy to focus on minor disagreements or petty arguments, trivial mistakes or inconsequential missteps.

Within the life of a church that is turned outward, no one cares what color the carpet is, the fine points of another’s eschatology, or splitting a Sunday School class into two to make room for others.

Instead, Kingdom victories are celebrated by all, grace is extended to all, and minor mistakes are overlooked in all. Why? There are obviously far larger issues at hand.

However, if that energy is not turned outward, the energy still exists. And when that energy is not spent on authentic mission, it turns inward, like a dog gnawing a sore on its leg. Pseudo-missions come to the surface, feigning an importance equal to authentic mission. Suddenly minuscule matters of order, trivial variants of biblical interpretation, and trifling questions about lifestyle all come rushing to the forefront with a sense of gravitas that is wickedly out of proportion.

Yes, there are times to point out mistakes and errors, moral lapses and incongruities. This isn’t about turning a blind eye to incompetence. But let’s make sure the mistakes we’re pointing out are major ones, shall we? Ones that really matter?

And in the meantime, let’s focus on using our missional energy toward something more productive than finding 24 inconsequential mistakes in a 143-minute film. Like making a film or two yourself.

This article on missional energy originally appeared here, and is used by permission.