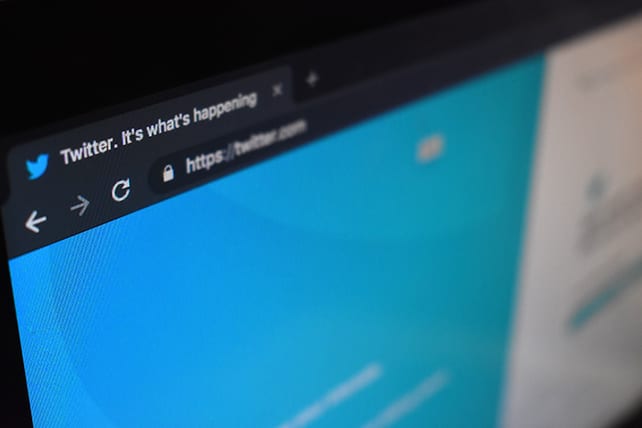 “Be careful” was the cryptic text I received from a respected Christian leader and a close friend after a series of politically charged tweets I posted online in 2016.

“I think most people agree with you, but you need to watch the way you tweet things. You could offend some people.”

He was right. So I took it down. I hope I’ve learned a few things since then. My moments of incivility online (there have been more than one) underscore how easy it is to let our thumbs engage before our minds have caught up, to allow the passions of the moment and the speed of the news cycle influence us in ways we regret.

Since Adam and Eve’s blame-shifting in the Garden, humans have been particularly adept at hurling insults at each other, which is why the Bible, from beginning to end, is full of admonitions to carefully choose our words. But today, the ease of our communication platforms erases the necessary gap between what we think and what we say in public. We can, and often do, say whatever is on our minds. And not only can our words online get us in trouble, but they can also unnecessarily offend brothers and sisters in Christ and, more often than not, cause us to sin against God.

The apostle James didn’t have Twitter in mind when he wrote in James 1 that every follower of Jesus should be “slow to speak, slow to anger, quick to listen,” but his injunction to a first-century church applies to the way we conduct ourselves on the various social media platforms at our disposal.

Slow to speak doesn’t mean we don’t ever speak. Some have recommended that perhaps Christians shouldn’t spend time at all online, while others have advocated a kind of digital fast. I think there are good arguments for both of these approaches, but we should assume that public digital platforms are here to stay. Whether we like it or not, we are not going back to a more analog time. And yet James recommends slowing down our communication.

To be slow to speak (or tweet or post or gram) is to pause and take time to think about the words we are using. It means resisting the urge to let it all hang out as a stream of consciousness for all the world to see. It’s the self-control to not engage in meaningless debates, even (and perhaps especially) if we think are right.

To be slow means we weigh our words, knowing their power. James would later offer a powerful warning in James 3, comparing the power of words to a ship’s rudder, a flame, and a wild horse. Our words can bring life or death. This is particularly important, I think, for Christians who have a sizeable platform. They can lead God’s people into rhetorical temptation through their online incivility, giving unspoken permission for their followers to do the same.

Again, this doesn’t mean we never speak. At times, we need to raise our voices online in order to stand up for the vulnerable or speak a word of truth to the church. But every time we do it, we might ask, Am I the person to speak here? Do I have all the information? Can I do this in a redemptive way? This is what it means to be quick to listen—getting all the available facts about a news story or situation before opining—and this is what it means to be slow to anger. So, before you fire off that angry tweet, slow down, listen, and hear.

Some might counter by asking if civility is even a worthy value, especially when our timelines are often filled with the news of much injustice and corruption. How can God’s people be silent when bad things are happening?

But the Bible never pits civility against courage, as if these two virtues are enemies. In fact, Peter seems to think they must coexist. In 1 Peter 3:15, he urges the people of God to be ready to speak up to share the gospel and defend truth, participating in the public exchange of ideas for the sake of the gospel—with “gentleness and kindness.”

In other words, Christians are not only tasked with speaking up and speaking out, but with a distinctly Christian way in which we express ourselves. God doesn’t just care that we speak, but how we speak. People should not just know we are Christians by our principles and propositional truth, but by our words.

Sadly, this is not how Christians are known often enough. We have often convinced ourselves that civility is a sign of weakness, rather than strength, and that courage equals incivility. We have much for which to repent in the ways we frequently conduct ourselves online, the ways we treat our fellow human beings, and the ways we neglect the humanity of those with whom we disagree.

The loudest person in the room isn’t the most courageous, and the angriest tweeter isn’t the one who is actually changing hearts and minds for the gospel. Jesus doesn’t need more jerks online, but winsome, humble, open-handed, brave truth-tellers. Civility won’t always earn us an audience, and even the kindest words can bring scorn and persecution. But to watch our words isn’t weakness; it’s strength. And it displays a confidence in the power of the Holy Spirit who uses the gospel to persuade and does a work greater than 280 characters could.