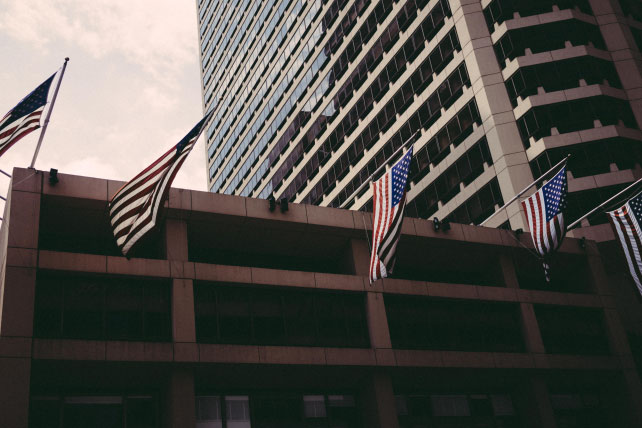 In a New York Times op-ed, New York Gov. Andrew Cuomo defended his support for a new state law removing the most basic restrictions on late-term abortions because, though he is a Roman Catholic, his religion “cannot demand favoritism as I execute my public duties.” Cuomo writes: “My Roman Catholic values are my personal values. The decisions I choose to make in my life, or in counseling my daughters, are based on my personal moral and religious beliefs.” Citing the First Amendment’s separation of church from state, Cuomo asserts that the country “cannot function if religious beliefs are dictating policy to elected officials,” and that only by “separating constitutional duties from religious beliefs can we have a country that allows all people the ability to pursue their own theological and moral principles in a nation true to its founding premise of religious freedom.” Setting aside the question of abortion for a moment, is Gov. Cuomo right, that we should separate religious conviction from questions of public policy?

The reason I ask this apart from the context of abortion (though I’ll get to that) is because Cuomo’s basic structure appears often these days, on issues ranging from abortion and marriage, from some on the left, to racial justice and compassion for immigrants and refugees, from some on the right. In a Christian context, when a person speaks of the image of God and the formation by God of persons as persons within the womb, some will say, “Don’t impose your religion on me.” And, if one speaks of the Bible’s witness to care about the vulnerable, the imperiled, the stranger, the orphan and the widow, some will say, “That applies to individuals but not the government.” Some have even tried to appeal to an uninformed view of Martin Luther’s concept of “two kingdoms” to act as though questions such as the personal character of leaders or the treatment of migrant children apply only to the church but not at all to the state. Apart from the specifics of policy, what are we to make of this?

On the one hand, those who make such claims are right, in a sense. The spheres of responsibility of the church and the state are quite distinct in the Bible. The state has the power of the sword, to punish civil evildoers (Rom. 13:1-7), while the church does not (Matt. 26:51-56). Jesus gives the church, but not to the state, the mandate to discipline Christians in matters of doctrine and practice (1 Cor. 5:1-13). The American project of statecraft, with some notable errors now and then, has attempted to recognize these different spheres of responsibility. One cannot settle a question of public policy in a state made up of both believers and unbelievers with, “But the Bible says,” or the Koran, or the I-Ching or the teachings of Dalai Lama. That’s a theocracy, and it is not just un-American but, more importantly, counter-Christian.

But in most of these debates, whatever the framing of politicians and their apologists, that’s not at question. The debate is not over whether church and state should be separate, nor is it over whether personal religious beliefs should settle any argument in the public square.

No one has suggested that abortion should be limited or outlawed simply because Psalm 139 says so. Nor has anyone contended that policies mistreating migrant families should be undone simply because Leviticus and Deuteronomy or James say so. The question is whether both a person’s religious beliefs and public responsibilities both have moral components, requiring consciences that are accountable to something, or Someone, more than just one’s power.

Think of this is terms of your job. Say you are a financial planner. Does the Bible tell you what your fees should be, or how much you should be investing your client’s money in mutual funds as opposed to elsewhere? No. If your church tells you where you should be investing, has your church overstepped its bounds? To say the least. But is it a violation of the separation of your church from your business if you learned through your church how to have honesty and to work hard for your employers (1 Thess. 4:11), to see your clients as those worthy of fair treatment and respect (Lk. 3:12-14).

Suppose your firm asks that you launder funds and extort money from clients? Could you say, “Well, that’s my life in my job, not my life as a Christian and a member of the church”? No. You should have a conscience shaped by God’s command that you must not steal. If your church discovers that you are a thief, they should discipline you. That doesn’t mean the church is now in the financial planning industry. When you go before a judge, he or she won’t quote the Decalogue, but will appeal instead to human law, which agrees with the Bible on that point, and which is rooted in the “law written on the heart” (Rom. 2:15). The law doesn’t have an interest in whether you are forgiven by God for your covetousness; they have no access to that spiritual realm. But they have an interest in your not defrauding others.

Likewise, a church cannot and should not set up the bus routes or the driver pay schedule for the public school system. But if the church is in a neighborhood where bus-drivers show up for work drunk and run over innocent children, the church should call such evil what it is. And those who are disciples of Christ would have a responsibility to have consciences awake enough to see their duties as public officials to protect the innocent. Such is not theocracy.

RELIGION IN THE PUBLIC SQUARE

On the issues of abortion and infanticide, those who approach the issue as Catholics or evangelicals or Orthodox Jews or Muslims or what have you are not asking to have their views imposed on the state. They are pointing to the public responsibilities of the state to protect the innocent, and they are saying that they are concerned about these matters not just as citizens but also as citizens shaped by convictions rooted in sources deeper than the state. A woman might well be especially motivated, as the widow of a cancer victim, to speak out on behalf of cancer funding. That doesn’t mean she is imposing her family history on everyone else. It means she is advocating for something that is in everyone’s interest; her family history explains why she cares so strongly about it.

The Bible doesn’t tell us whether the best politically wise approach to abortion is to start with a pain-capable bill or with a partial-birth abortion ban. But the Bible does tell us why we should not be complicit in rendering vulnerable innocent children non-persons based on their lack of power. Likewise, the Bible doesn’t tell us what the number of immigrants ought to be in any given year, what border technologies should be used, or what the restitution measures ought to be for those who’ve broken the law, but the Bible does tell us how we are to think of immigrants themselves. That means mistreatment of people, and that racist blood-and-soil nativism, as we see around the world and all over the Internet, is not just.
We carry out our callings in separate spheres. My calling as father is different from my calling as disciple. I can’t ground you for disobeying me (unless you’re my son reading this). My calling as citizen is different from my calling as church member (I don’t care if my pastor understands how to deal with regime change in Syria). But, as a Christian, though I don’t confuse any of these spheres, I am accountable for whether I acted justly or wickedly in any of them. And so are you.

There are two kingdoms, yes. But there’s one Lord.