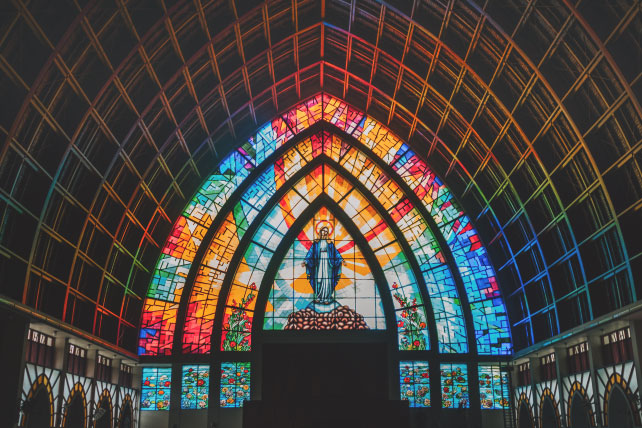 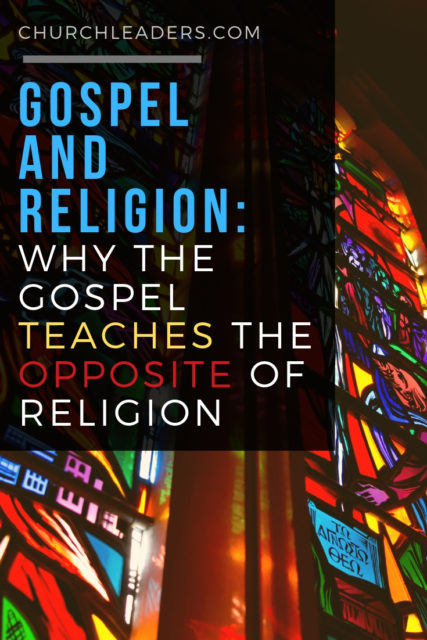 Religion can turn you into a really bad person. Believe it or not, Bill Maher, Sam Harris, Richard Dawkins and the Apostle Paul agree on that one thing. Religion caters to the worst parts of us—pride, self-centeredness, condescension, self-righteousness and bigotry—which is why religious people can be (in the words of our generation) the worst.

Why the Gospel Teaches the Opposite of Religion

Soren Kierkegaard, a 19th century Danish philosopher, told a story about a man who dies and goes to hell. He doesn’t think he should be there, so he makes an appeal to the Apostle Peter, who is standing on the edge of hell.

Peter asks him, “Why do you think you don’t belong here?”

“Because I did so many good deeds in my life! One time I gave a carrot to a poor, hungry man.”

“OK,” Peter said. “Let’s see if that’s good enough to get you out of hell,” and he lowered a carrot over into hell by a fishing line.

The man took ahold of the carrot. Well, lots of other people in hell noticed what was happening and grabbed onto the line as well. The man was afraid the line was going to break, so he started kicking and punching other people, screaming, “That’s my carrot!”

This, Kierkegaard said, is a picture of religion.

When you do religious deeds to try to save yourself or exalt yourself, they’re actually done from self-interest. Religion done to distinguish ourselves from others or set us apart inevitably leads us to insecurity and cruelty.

The gospel teaches the opposite of religion. It teaches that God offers salvation not to those who earn it as a reward but to those who are unworthy and receive it as a gift.

And because of that, the Apostle Paul says he is now “a servant of Christ Jesus, called as an apostle, and set apart for the gospel of God” (Romans 1:1 CSB). Here, the Greek word for “servant” is doulous, or “slave.” It means the lowest of the low.

This is the opposite of what Paul had been going for as a Pharisee, before his life was radically changed by an encounter with God. Before, his zeal in religion was aimed to elevate him above people. Now, he sees his relationship to Jesus as the reason to lower himself and serve others.

As a Pharisee, when Paul encountered people who were sinful and had problems, he would say, “Well, you’re just getting what you deserve. If you were awesome like me, you wouldn’t have those problems.” Now, he would say, “Yeah, I had lots of problems, too. Still do. Thank God it didn’t stop Jesus from coming after me.”

As a Pharisee, when people would wrong him or treat him badly, he would respond with vengeance. Now, Paul would say, “I treated Jesus pretty badly, too. Thank God he kept loving me.”

As a Pharisee, when Paul saw someone in need, he’d say, “What I have is mine; I earned it, and I don’t owe it to anybody.” Now, he would say, “Thank God Jesus didn’t keep what was his for himself. If so, I’d be lost.”

The gospel of grace produces in us a fundamentally different spirit than zealousness in religion does. Religion makes you proud and self-centered. The gospel makes you humble and generous.

One of my good friends, Clayton King, has a guy on his pastoral team whose pregnant wife and young child were involved in a terrible accident. An EMT worker fell asleep at the wheel and hit them head on and killed the wife and her unborn child.

At the sentencing of the EMT, who was facing felony charges and harsh time, the pastor showed up and pleaded for a more lenient sentence. That gesture began a friendship between the two men that has lasted eight years. They meet every couple of weeks and have become like family.

I didn’t hear this story from Clayton. The story was carried on the Today show, and the pastor was asked why he did such a thing for a man who was responsible for the death of his wife and child. He said simply, “This is what Jesus did for me. After I wronged him, he brought me close. It just makes sense that I do this for others.”

Religion doesn’t do that to you. The gospel does.

The gospel humbles you. You can even see it in Paul’s name. Before he met Jesus, the name Paul went by was “Saul,” who was the proud, victorious Israelite king who stood head and shoulders above everyone. But now he goes by “Paul,” which in Latin meant “little.” That’s how Paul now sees himself: small, but loved by a great God and a recipient of extravagant grace. The gospel transformed Saul the mighty into Paul the small.

The missionary Jim Elliot once said, “We Christians are just a bunch of nobodies pointing to a great big somebody.”

Are you trying to be Saul the mighty or Paul the small?