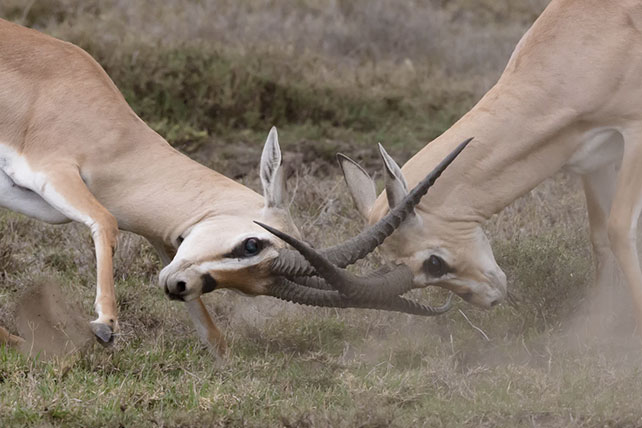 The pastor has the difficult task of being a non-argumentative person who knows how to make good arguments. He must be valiant-for-truth and a peacemaker, a man who contends for the truth without being contentious. Or as the Apostle Paul puts it to Timothy, “The Lord’s servant must not be quarrelsome but kind to everyone, able to teach, patiently enduring evil, correcting his opponents with gentleness” (2 Tim. 2:24–25a).

We must not misunderstand the injunction against being quarrelsome. Clearly, by both precept and example, Paul did not envision the ideal pastor as a nice, soft, somewhat passive, universally liked, vaguely spiritual chaplain. After all, in the very sentence in which he enjoins Timothy not to be quarrelsome, he also emphasizes that there is evil in the world and that the pastor must correct his opponents. this …
Not all controversy is bad. The pastoral epistles are full of warnings against false teachers (1 Tim. 6:3; 2 Tim. 2:17–18). At the heart of faithful shepherding is the ministry of exhortation and rebuke (Titus 1:9; 2:15). Doctrine is not the problem. Disagreement is not even the problem. There are hills to die on. There are fights to pick. Staying out of the fray is not always the better part of valor.

A TIME FOR PEACE

But often it is.

In Titus 3, Paul instructs pastors to avoid four kinds of fights: foolish controversies, genealogies, dissensions, and quarrels about the law (v. 9). We don’t know exactly what Paul had in mind with each of these categories, but we can piece together a general outline.

It is hard to read the pastoral epistles without noting two major exhortations for Paul’s ministry apprentices: (1) the pastor must not be afraid of battles, and (2) he must not like them too much. Most ministers in the broadly Reformed tradition will believe strongly in guarding the good deposit of faith (2 Tim. 2:14). And rightly so. But too often we miss the equally important theme that the pastor who loves constant controversy is a pastor who is probably not loving his people well.

The pastoral epistles constantly warn against an unhealthy hankering for quarrels (1 Tim. 1:4–6; 4:7; 6:4, 20; 2 Tim. 2:14, 16, 23; 4:4; Titus 1:14; 3:9–11). While we may not know precisely what the problems were at Ephesus and Crete, several key words and phrases give us a good idea of what to avoid. Foolish controversies involve “endless genealogies,” “speculation,” “babble,” “vain discussion,” debates that are “irreverent” and “silly,” “unprofitable” discussions, and “quarrels about words.” They are “worthless” at best, and at worst “lead people into more and more ungodliness.”

We could summarize by saying that the quarrels we should avoid have one or more of these characteristics:

1. There are no real answers. That is, the controversy is entirely speculative. There is no possible way an answer can be reached—or, it’s not even clear that those in the fight care to reach a conclusion.

2. There is no real point. Stupid quarrels produce more heat than light. They stir up envy, slander, and suspicion (1 Tim. 6:4). They are silly squabbles, wrangling about words when no important doctrinal issue is at stake (2 Tim. 2:14, 23).

3. There is no real rest. There are some pastors who only know how to function in wartime; they’ve never learned how to lead a people in peace. The pastor who enters every sermon, every elders meeting, and every internet kerfuffle with hand grenades strapped to his chest is a danger to himself and to others.

4. The real winner is the “truth” teller, not the truth. What all foolish controversies have in common is that the argument is less about truth and godliness and more about being hailed as a godly champion of truth. Before entering into polemics, we would do well to ask questions like:

To be sure, this is not the point of every controversy. “Once more unto the breach” is a necessary rallying cry for the gospel minister. The office of pastor is not for shepherds who want to keep their uniform clean. But that doesn’t mean we should be the ones throwing the muck. Courage is required, quarrelsomeness is not.