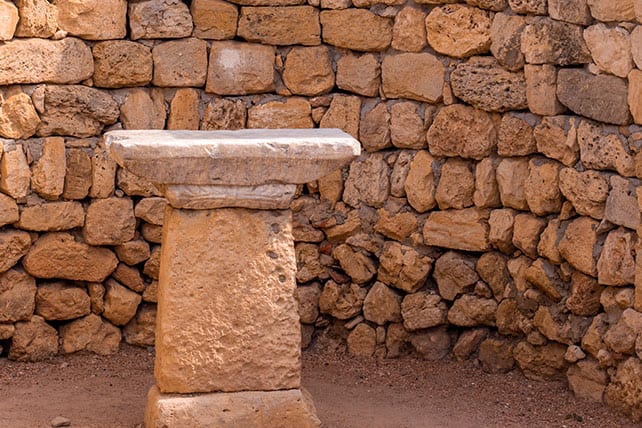 Altars were significant in the Old Testament. They are mentioned over two hundred times, with many of them related to the Tabernacle and the Temple. Yet, altars were used far before these formal meeting places were erected. Noah (Genesis 8:20), Abraham (Genesis 12:7–8; 13:4;18; 22:9), Isaac (Genesis 26:26), and Jacob (Genesis 33:20; 35:1–7) all constructed sacrificial altars.

Four Hundred Years and No Altars

Abraham’s use of altars is perhaps the most notable. He made it a practice to build an altar to commemorate when the Lord made a promise or gave a command. At the altar, he would make a sacrifice and “call upon the name of the Lord” (i.e., Genesis 12:8).

An altar was built where there was a significant encounter between God and man.

Many altars were built prior to Israelites living in Egypt.  For 400 years, we have no record of any altars being built or any sacrifices being made. If you think about it, that is significant!

Four hundred years of what felt like silence from God.

Four hundred years of what felt like man not making a blood sacrifice for his sins.

Four hundred years of silence, slavery, and no sacrifices.

A case could be made that the first blood sacrifice was made by God to atone for the sins of man in Genesis 3:21 when an animal was killed to cover Adam and Eve. A little while later, God was pleased by Abel’s blood sacrifice (Genesis 4:4; Hebrews 11:4).  Then, as soon as Moses was able to confront Pharaoh, his continual request was to “Let us go… three days journey into the wilderness, that we may sacrifice to the Lord our God (Exodus 3:18; cf. 5:1-3; 8:25-28; 10:24-26).

They wanted out of captivity so they could go do what had been done prior: build an altar, make a sacrifice, and get right with God.

At the end of their captivity, God gave the Israelites a command to make a blood sacrifice. Each household was to kill the Passover lamb (Exodus 12:6) and put the blood on their doorpost. This was a return to sacrifices and altars at the very end of their captivity. This act prophetically painted a picture of the sacrifice that would come through Jesus Christ, our ultimate Passover Lamb.

The Significance of Meeting With God Again

With my western mindset, I can’t understand the longing to to get out of slavery to build and altar. I can think of about one thousand things (or more!) that I would probably want to do right out of slavery. Yet, for the Ancient Near East Israeli, all they wanted to do was get back to doing what the patriarchs had done centuries before.

They wanted to please God. They knew that a burnt offering was literally the “smell of satisfaction” to God.

This week, let me ask you — are you in a period of no “altars” or “sacrifices” to the Lord? Has your slavery to sin kept you from drawing near to God?

By faith, the blood of Christ is over you. Return to God and let this week mark a significant meeting between you and God.