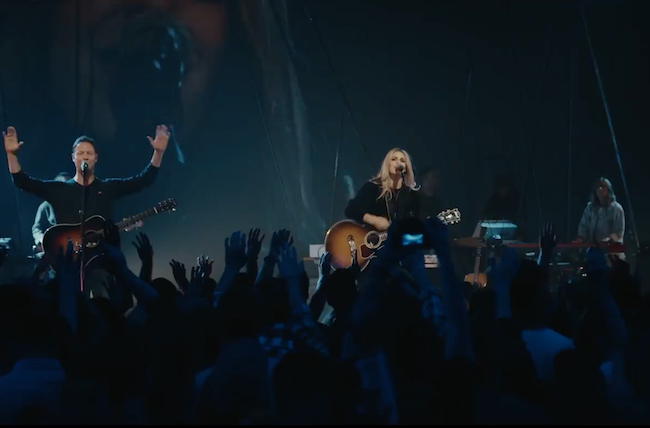 After bringing home a Grammy for their song “What a Beautiful Name” earlier this year, Hillsong Worship is sitting pretty in the world of Christian worship music. Now with the release of their new album, “There Is More,” the Australian band proves that we will never grow tired of worshipping God and meditating on the truths of God’s word.

Hillsong Worship is just one of the handful of bands birthed out of the Hillsong Church movement originating in Sydney, Australia. The band is a worship music powerhouse, releasing an album each year with fresh worship songs worship leaders are eager to learn and share with their congregations.

Other Hillsong bands like Hillsong UNITED and Hillsong Young & Free have taken a slight trajectory away from more traditional worship music, with songs like the mega-popular “Oceans” and “This Is Living”, respectively. While still fitting squarely in the Christian music genre, these bands explore music that speaks to the Christian experience but not every song on their albums are go-to set picks for Sunday morning. Not so with Hillsong Worship. The songs written by this group have been sung in churches on Sunday mornings practically wherever the Gospel of Jesus has been preached. Hillsong’s website estimates “Hillsong Worship songs are sung by an estimated 50 million people in 60 languages.”

Even after 46 albums, the band doesn’t fail to say something new about God. It’s incredible how popular their music is. The band has almost 3 million monthly listeners on Spotify and “There Is More” debuted at the second position on Billboard’s Top Christian Albums chart.

Singer Brooke Ligertwood speaks about the theme of the album. “There is more at stake than we dare realise—souls, communities, families, nations on the other side of our wrestle through the night seasons. Our personal freedom is for corporate revival. There is more of God and more to God and His love than we can possibly conceive of,” Ligertwood says.

Ligertwood’s quote speaks to the intriguing, almost oxymoronic, personal yet corporate feel of the album. The majority of the songs use personal pronouns “me” and “I”, while a couple tracks of the album use the plural “we” and “us”. In an ocean of personally-focused music, the corporately-themed songs like “The Passion” and “The Lord’s Prayer” really stand out. However, even the songs that rely on personal pronouns like “Who You Say I Am” feature a chorus of voices to embody the corporate feel.

The Biblical Themes Present in “There Is More”

The album wastes no time referencing Scripture. The first track, “Who You Say I Am”, points to the truth Jesus tells us in John 8.

“’Truly, truly, I say to you, everyone who commits sin is a slave to sin. The slave does not remain in the house forever; the son remains forever. So if the Son sets you free, you will be free indeed.’” (John 8: 34-36)

The chorus, which is sung repeatedly in a meditative fashion, reads “Who the Son sets free/ Oh is free indeed/ I’m a child of God/ Yes I am”. The second verse completes the thought of the passage by saying “While I was a slave to sin/ Jesus died for me/ Yes He died for me.”

“The Passion” takes a close look at the consequences of Calvary and “The cross that leaves no question/ Of the measure of His love”. The chorus reads, “Our chains are gone/ Our debt is paid/ The cross has overthrown the grave/ For Jesus’ blood that sets us free/ Means death to death/ And life for me”. Like this one, a lot of the songs on the album follow a sort of call and response format. One stanza contemplates what God has done or who he is and then the singer(s) respond to how these actions affect them, eliciting things like praise or surrender.

The Lord’s Prayer also makes an appearance on the album, the words almost exactly matching Scripture, again with certain stanzas repeated. It feels like a modern-day attempt at the doxology. Any music that compels you to contemplate or meditate on Scripture is a good thing, and Hillsong’s “There Is More” achieves this.

Honestly, this is what Hillsong Worship does best: Communicate the timeless truths of Scripture in a new way through the meditative expression of worship music. We could certainly use more of that in this world.