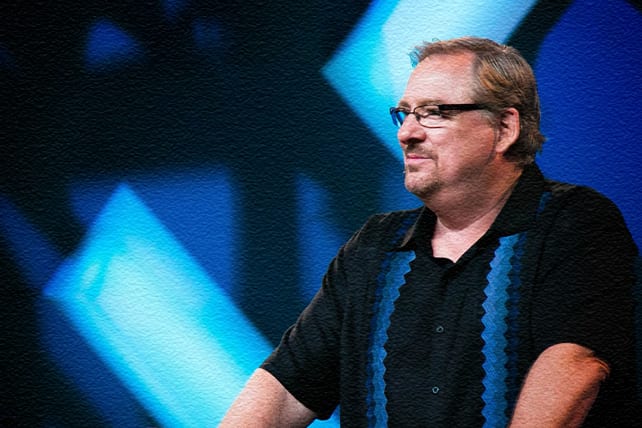 Pastor Rick Warren spoke to a group of almost 800 Catholic priests in New York earlier this month. The topic of his message was how to maintain moral integrity as a minister.

“Brothers, what we do matters more than what anybody else does in the world,” Warren started. “That’s because the only thing that’s going to last on the planet is the Church of Jesus Christ.”

Speaking of temptation, Warren noted that Satan doesn’t tempt us with anything new. Using 1 John 2:15-17 and the outline it provides for temptation, Warren articulated three worldly temptations ministers must watch out for: passions, possessions and positions. He also gave three antidotes to these categories of temptation: integrity, generosity and humility.

Integrity is important, Warren argues, because “all leadership is built on trust, not title.” He likened the need for a pastor’s congregation to trust in his or her integrity to a credit check. “The people in my congregation do a credit check on me 24 hours a day,” he said. “If I betray their trust, then I forfeit my right to lead them.”

To maintain moral integrity, you must know when you’re tempted.

To maintain one’s integrity, Warren offered a list of questions for the priests to consider in order to understand their personal patterns of temptation.

Speaking at the Safe Environment Convocation at St. Joseph’s seminary to a room of priests is not Warren’s first foray into ecumenicalism. After his youngest son’s suicide, Warren drew support from Bishop Kevin Vann of the Catholic church in California. In May, Vann and Warren spearheaded an initiative to put an end to the stigma surrounding mental illness.

Ecumenicalism is important to Warren, who told the news outlet Catholic New York that the evangelical church and the Catholic church should be “on the same team…the enemy is not other believers.”