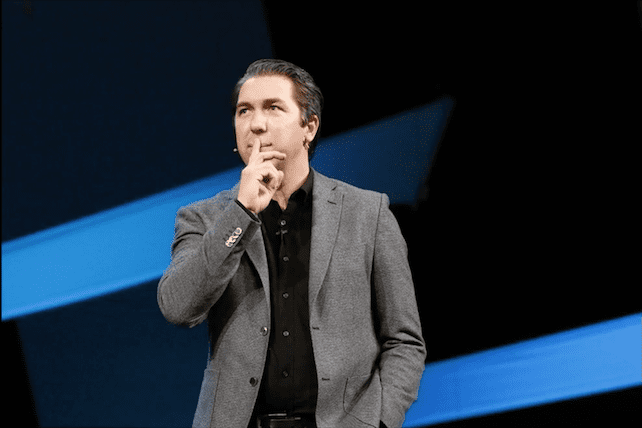 Steve Carter, Lead Teaching Pastor of Willow Creek Community Church in Illinois, has announced his resignation—effective immediately. Mentioning new allegations against the church’s founder, Bill Hybels, Carter says his decision to leave is due to the way the current leadership of the church is handling the controversy.

“The new facts and allegations that came to light this morning are horrifying… These most recent revelations have also compelled me to make public my decision to leave, as much as it grieves me to go,” Carter writes.

New Allegations and the Resignation of Steve Carter

Carter made the announcement on his blog Sunday afternoon. While he made the decision to leave “many weeks ago” and communicated that decision to the elder board of the church, the board asked Carter to hold off on announcing his resignation to the congregation. The board wished to determine the best way to announce his leaving. However, new allegations (the details of which were published in an article in the New York Times Sunday morning) involving another former Willow Creek staff member hastened Carter’s need to act.

Pat Baranowski’s story is definitely hard to read through. She describes unwanted touching and groping by Hybels while she worked as his assistant for more than eight years, starting in 1985. Baranowski also lived with Hybels and his wife, Lynne, for two years. When Baranowski expressed guilt and concern over what she and Hybels had done together, Hybels put a plan in place for her transition off the church staff. Her story includes similar themes to Nancy Beach’s and Vonda Dyer’s stories, who both claim to have been the object of Hybel’s inappropriate advances and then edged out of the church after a time.

When the allegations first came to the public’s attention in April, the elder board sided with Hybels, echoing his statement that the allegations against him were untrue and that those bringing them were “colluding” against him. The leaders held this position until they started changing their story beginning in May, saying at that time that they no longer believed the women and other involved in reporting their stories had “colluded” against Hybels to force him into an early retirement and tarnish his legacy. In June, the elder board announced they spoke of the allegations and those who made them in the wrong manner and apologized. However, no statement has yet been made to indicate the board believes Hybels is, in fact, guilty of the inappropriate advances and harassment.

Apparently, though, Carter has been uneasy about the board’s response from the beginning. “Since the first women came forward with their stories, I have been gravely concerned about our church’s official response, and its ongoing approach to these painful issues,” he writes. Carter believes there is a “fundamental difference in judgment between what I believe is necessary for Willow Creek to move in a positive direction” and what the board believes is necessary.

Steve Carter and Heather Larson Respond to the Allegations

Carter is just one-half of Hybels’ succession plan. His co-leader, Heather Larson, was at the service today (Carter did not appear on stage) and spoke of the church’s exuberance for the upcoming Global Leadership Summit. While not mentioning Hybels, Larson told the congregation she “believe[s] to her toes that this church has never been about a person or about a personality.” Larson shared a statement with the congregation on June 30, 2018, in which she apologized to the women who had brought allegations forward, saying, “To the women directly, I can’t imagine how painful the past months have been for you, and I am so sorry for my part in that.”

Carter also made a statement on June 30, citing an article written by Scot McKnight, who attended Willow Creek in the past. McKnight wrote an injustice had been done to the women who came forward about Hybels. Carter said he believed the women who came forward and agreed with McKnight’s assessment of the situation. Instead of swiftly brushing the allegations aside as lies, Carter believes “what our church needed initially was to practice transparency and repentance, to grieve, and to reflect on what Jesus was inviting us into and to listen to the Holy Spirit. I wish I had done more to prevent the hurtful statements that were made, and to advocate more forcefully for what I believe would have been a more humble and biblical approach.”

As far as Carter is concerned now, he understands that to stand on the stage at Willow Creek is to imply a united front with the elder board, something he is no longer able to do. Describing his decision to part with the board as to two paths diverging, Carter says, “I cannot, in good conscience, appear before you as your Lead Teaching Pastor when my soul is so at odds with the institution.”

More on this story:

Bill Hybels’ Accusers Are Not Ready to Move On