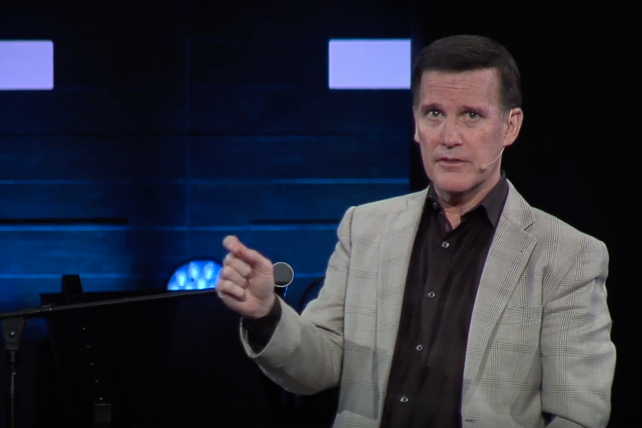 When the Houston Chronicle published its expose piece on the Southern Baptist Convention’s mishandling of sexual abuse by clergy (and a database of offenders), you might not have known that this isn’t the first time the largest Protestant denomination in America has been pressured to build a database of sexual offenders. Wade Burleson, the pastor of Emmanuel Church in Enid, Oklahoma, has been pressuring the SBC to do this since 2007.

Even though the Houston Chronicle has done what the SBC would not, Burleson believes even more needs to be done—by the SBC this time.

“I suggest the SBC has a moral obligation to fund an independent, non-profit agency who keeps the database, for not just Southern Baptists, but for evangelicals as a whole,” Burleson told ChurchLeaders.

The Houston Chronicle Article Did the SBC a Service

While Burleson says the Houston Chronicle has done a “needed service” to the SBC through its reporting, he feels there is room for improvement on their database. Due to legal pressure and lack of information, Burleson says “many, many stories” were left out of the reporting. A more thorough database is needed, he says, one constructed by an independent company. Burleson has two such companies in mind, but he is adamant that the SBC not try to build it on its own—just provide the funds to make it happen.

As far as who should be included in the database, Burleson wants to see Southern Baptist ministers “who have been credibly accused of, personally confessed to, or legally been convicted of sexual harassment or abuse.”

When Burleson originally approached the senior leadership of the SBC at the denomination’s annual meeting in 2007, he was disappointed by their lack of action. He had asked for the Executive Committee (EC) to conduct a study on the feasibility of such a database. A year later, the EC “declined” to build the database, saying it was not feasible. Burleson was not given any more information on the supposed study they conducted. Even in 2008, journalists could appreciate the news-worthy nature of their decision. Time Magazine called the SBC’s refusal to take Burleson’s suggestion “one of the most underreported stories in America.”

Despite the cold shoulder Burleson has received from his denomination, he is committed to staying in the SBC. In fact, the SBC’s treatment of Burleson has at times been more outwardly antagonistic than passive aggressive. In 2005, Burleson was almost removed from the board of the SBC’s mission arm, the International Missions Board (IMB), due to disagreements with policies he believed exceeded the Baptist Faith and Message, which is the SBC’s lengthy statement of faith. Ten years later, the IMB reversed the policies they had adopted in 2005.

And in 2018, when Burleson submitted another proposal for a database of offenders, it seemed the SBC paid more attention. This time they did launch an investigative committee, the Sexual Abuse Presidential Study Group, which newly minted President J.D. Greear announced in conjunction with an apology he and other SBC leaders made to sexual abuse victim Anne Miller. Miller initially reported her abuse to the IMB in 2007. Over 10 years later, she received a formal apology for the SBC’s lack of action in her case.

Despite their snail’s pace, Burleson has hope for the SBC. In a recent blog post, he admonishes those, like himself, who are frustrated by all the foot-dragging and red tape not to give up on the denomination. “Keep staying involved,” he says. “I know from experience that transformative change is slow. It requires patience. And, you can’t be concerned with your personal reputation.”

It is apparent that if Burleson had been concerned with his personal reputation, he would have left the SBC long ago. One of the reasons Burleson is hopeful now is because of Greear, who he believes “has exhibited more sympathy and wisdom than previous Presidents.”

Lord willing, this time around it won’t take the SBC another 10 years to do what many have been asking them to do for a long time. At the SBC’s annual meeting coming up in June, the Sexual Abuse Presidential Study Group will likely give a report and recommendations for change. And this time, Burleson believes “something will be done.”