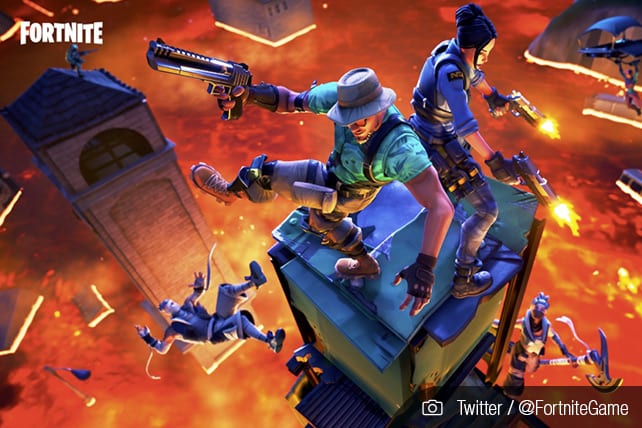 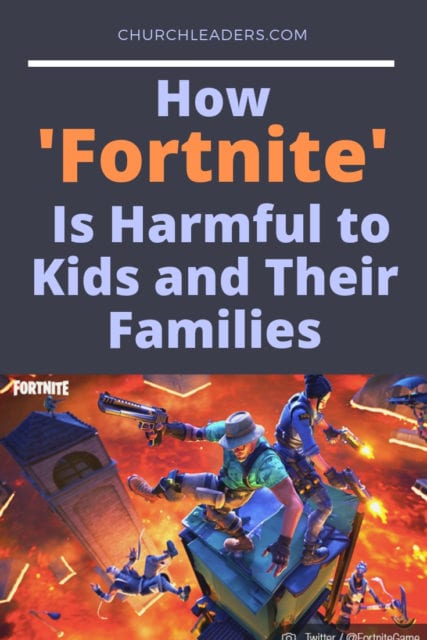 The Boston Globe has come out with a new report that healthcare professionals are increasingly seeing harmful effects on children as a result of them playing the popular video game Fortnite. According to the Globe, Fortnite is contributing to a rise in obsessive behavior in kids, behavior that is hurting their health and their personal lives.

“They are not sleeping. They are not going to school. They are dropping out of social activities. A lot of kids have stopped playing sports so they can do this,” says pediatrician Michael Rich, who is also the director for the Clinic for Interactive Media and Internet Disorders at Boston Children’s Hospital.

Rich says he met one boy who was so determined to play Fortnite that he smashed the family car’s windshield in order to get to his device, which he thought was locked in the car. There are kids who are losing weight as a result of going for hours without eating because they are unwilling to stop playing the game. The doctors who see them at first think the children have a disease until they find out that the kids have been skipping meals because they’ve been so focused on playing Fortnite. The tension this behavior puts on families is such that therapists are reporting seeing marriages break down because of arguments over how out of control a child’s gaming has gotten. One therapist told the Globe, “One of the parents will get to the point of almost considering a divorce. It’s similar to working with parents who have a child addicted to drugs.”

And it’s not just children who are letting the video game consume them. A study found that 200 couples in the United Kingdom who got divorced between January to September of 2018 mentioned Fortnite and other online games as one of the reasons why the relationship failed. Prince Harry even recently criticized Fortnite, saying, “That game shouldn’t be allowed,” and asking, “Where is the benefit of having it in your household? It’s created to addict, an addiction to keep you in front of a computer for as long as possible… It’s like waiting for the damage to be done.” The Globe has also reported that obsessing over Fortnite has impacted the level of commitment some professional athletes have toward their sports.

What Is Fortnite and Why Is It So Compelling?

There are two versions of Fortnite, but the one that is so popular is Fortnite: Battle Royale. The “battle royale” genre of gaming is one where multiple players try to kill each other until one is left standing as the winner. Fortnite is also a “sandbox” game, meaning that rather than having a linear storyline, players enter an open world and roam around it. One of the elements that sets Fortnite apart is players’ ability to build walls, ramps and forts in order to access different parts of the world or to gain an advantage over the players they are competing against. The Globe observes that some have described Fortnite as a cross between The Hunger Games and Minecraft.

Arguably two of the most compelling aspects of Fornite, however, are its imaginative storytelling and the fact that it is communal. The Fortnite world is aesthetically pleasing, cartoonish and always changing, giving the game’s producers a lot of freedom to be creative. The creators keep players anticipating what will happen next in the Fortnite world, as they did last year when they put a comet in the sky and kept everyone wondering for weeks what was going to happen when it hit. When it finally did, it transformed part of the world called Dusty Depot into Dusty Divot. Part of what makes that so exciting, as this author points out, is that it was something you had to be there for. If you missed it, you missed it. More recently, there are new excavation sites showing up throughout the Fortnite map, including one at Dusty Divot, and people are speculating about what they will find as they dig. So the game is about more than competing and winning. It’s also about exploring and solving mysteries, and beyond that, doing so in community with other gamers. When people play Fortnite, they compete with people all over the world. And while players can go solo, they can also join their friends on a team and compete against other teams.

There is more to know about Fortnite and why it’s so popular (not least of which are the live streaming platform, Twitch, and online gamer, Ninja). For more information about the game, as well as some practical suggestions, we recommend Axis’s “A Parent’s Guide to Fortnite.”

Remember, There Are Deeper Issues

While it’s easy to demonize video games, it’s important to remember that a game like Fortnite is powerful because it appeals to good desires God created in us, such as our longings for community and for our lives to have purpose. It’s also helpful to keep in mind one point that Michael Rich makes, which is that any compulsive behavior is a symptom of a deeper problem. Rich says that his clinic is approaching obsessive Fortnite playing, “not as a diagnosis, but as a syndrome, a group of symptoms of diagnoses ranging from ADHD to anxiety, depression or mood disorders that manifest themselves in the interactive media environment.”

With this in mind, Fortnite can be an opportunity for parents to evaluate the deeper issues their children are dealing with and to point them toward the richer, more meaningful purpose God has for their lives.