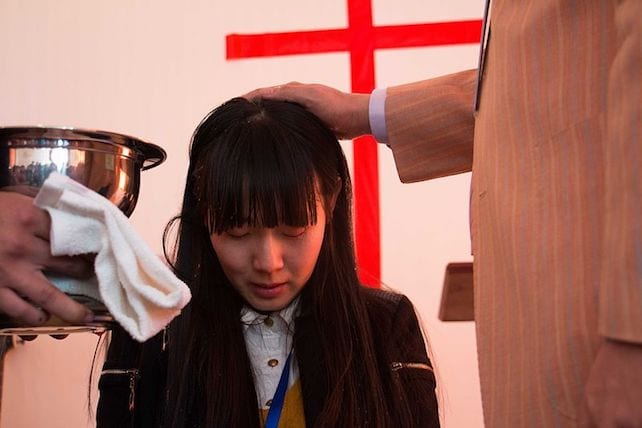 UPDATED August 25, 2021: Christians in China are in danger of being turned in by their neighbors for “illegal religious activities” in multiple areas of the country, according to a new report. In the city of Qiqihar in Heilongjiang province, informants can now earn up to 1,000 yuan or $150.

CCD said that similar reward systems had been implemented last year in several other places in China, including city and county governments in six other provinces. According to International Christian Concern, even though authorities “do not specify which religion they are targeting, it is self-evident that house churches are being suppressed.”

RELATED: Yet Another Church Forced to Close in China

In China’s ongoing crackdown against Christianity and other religions, authorities in the city of Guangzhou are now paying citizens to turn in their faith-practicing neighbors. People who report “illegal religious activities” can receive cash rewards up to $1,500 in U.S. dollars while remaining anonymous.

The measures, announced March 20 by Guangzhou’s Bureau of Ethnic and Religious Affairs, target Protestant “house churches” but will likely affect Catholics and people of other faiths too. The tactics are expected to spread beyond Guangzhou.

“Now here in China we live in a Big Brother atmosphere,” says one newly baptized Christian.

Christians in China in Danger From Neighbors

For more than a year, Chinese authorities have tried to gain more control of faith practices, targeting “unregistered” Protestant churches, rewriting the Bible, and demolishing “unapproved” Catholic churches and mosques. The Christian faith seems to be flourishing amid the persecution, even as it’s being driven more underground.