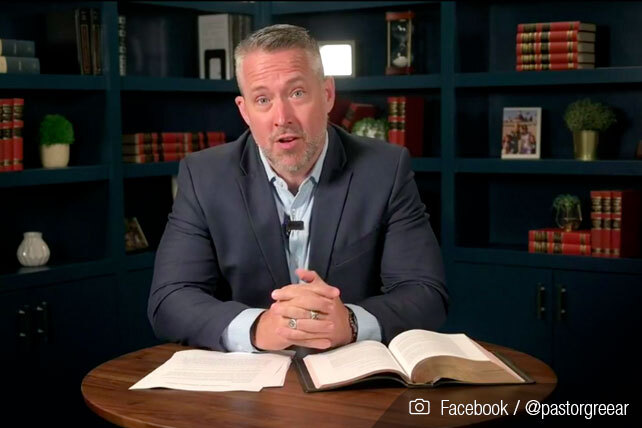 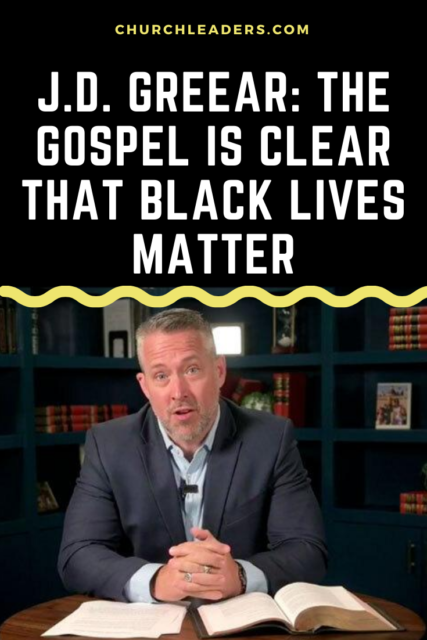 Because the Southern Baptist Convention’s (SBC) annual meeting was canceled this year due to COVID-19, SBC president J.D. Greear gave his presidential address live on Facebook Tuesday. In his speech, Greear explained that during the rest of his presidency (however long that is) he will lead the SBC in putting the gospel first in its response to several challenges—including political division, sexual abuse and racism.

“We need to say it clearly as a gospel issue: black lives matter,” said Greear, who wants to address the lack of diversity within the leadership of the SBC. “We realize that especially in a moment like this one, we need our brothers and sisters of color. We need the wisdom and leadership that God has written into their community.”

SBC President: How We Will Put the Gospel First

“I thought it was important to share with you some updates on where God has taken us over the course of the last couple years and where we believe that he is taking us in the days to come,” said Greear as he began. Greear is the pastor of The Summit Church in Durham, North Carolina, and has served two one-year terms as the president of the Southern Baptist Convention. This is the maximum he is allowed to serve, but Greear is still in office because the convention has been unable to meet to vote on a new president.

The pastor opened by emphasizing the need to make the gospel of “first importance,” as Paul explains in 1 Corinthians 15:3. While people generally have no problem agreeing about the need to be “gospel-centered,” they disagree about exactly what that means. So Greear wanted to be “absolutely clear” about how the SBC will pursue the gospel during the rest of his tenure.

One of the primary issues currently “in front of” the SBC is how leaders are going to deal with sexual abuse within their congregations. The denomination has been dealing with the fallout of an exposé the Houston Chronicle ran in February 2019, which found systemic misconduct within SBC leadership, resulting in 700 sexual abuse victims over the past 20 years. Since then, the SBC has been making efforts to correct the failures within its system, efforts which have also been met with criticism along the way.

The denomination has “been shown some ugly realities” in the past two years, said Greear. Many church policies were not written or enforced in a way that protected people. This failure is a gospel issue, said the pastor, because “our gospel is that our God is a shelter, a shelter to all who seek refuge in him.” The SBC has already adopted many changes, including modifying its constitution and bylaws and improving its accountability mechanisms. But as he finishes out his time as SBC president, Greear said he will work on additional improvements, including implementing a reporting system about individual church policies, adding comprehensive background checks, and challenging churches to make training part of the ordination process.

When it comes to race, Greear sees the lack of diversity within SBC leadership as a serious problem. He reviewed the origins of the SBC, noting the denomination originally split off from the Baptist church because leaders believed that slave-owners should be allowed to be missionaries. The pastor called these origins “sinful and abhorrent,” but said the denomination had since repented and God had shown grace by allowing the SBC to become one of the most ethnically diverse religious groups in the U.S. Because SBC leadership does not reflect that diversity, however, Greear said he and his vice presidents will work to improve that problem in future appointments. The SBC president also affirmed the importance of saying “black lives matter” and discouraged the use of the phrase “all lives matter.”

Greear explained that saying “all lives matter” misses the point. He compared it to being at a restaurant with a group of friends. What if the waiter brought out everyone’s food except for your friend Bob’s? You respond by telling the waiter that Bob deserves food. If someone else were to correct you, telling you that you all deserve food, that would be true, but would be missing the point: Bob is the one who is missing his food.

Greear noted that he cannot support the Black Lives Matter movement since some of their views are “deeply at odds” with his. He also does not support any movement to defund the police, although he does believe our systems need to be reformed.

But we must respond well by listening to the experiences of our black friends and empathizing with them. In fact, the gospel will be diminished if we react poorly. “We know that reaching people, our witness, depends on how we respond in moments like this,” said Greear. A black pastor of The Summit Church told him that when white Christians respond badly (with no empathy or charity), it makes it harder for him to share the gospel with his black friends.