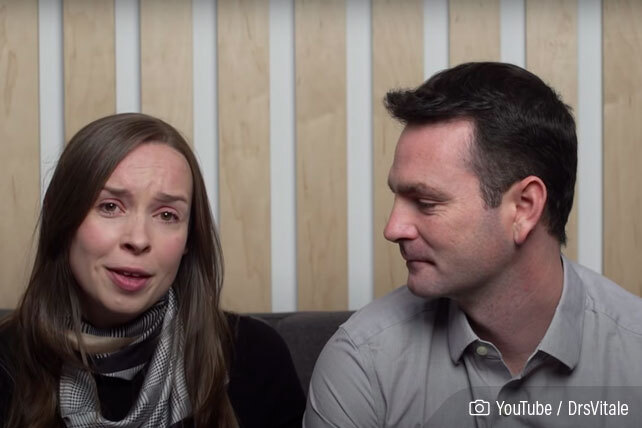 UPDATED July 30, 2021: RZIM leaders Joanna and Vince Vitale have announced that they will be resigning from Ravi Zacharias International Ministries (RZIM) next week. Vince, who serves as the director of the Zacharias Institute, said that he and wife, who serves as the institute’s dean, want to “step into a substantial season of reordering.”

“Ever since the release of the interim report of the investigation into Ravi Zacharias on December 23rd, 2020,” said Vince Vitale in a Facebook post on July 28, “we have lived with three very strong convictions. One of these convictions was that God was leading us to take seriously what we personally needed to repent of—to spend far more of our prayers, thoughts, and words on our own mistakes and failures than on those of anyone else.”

As he and Joanna have leaned into repentance, said Vince, “God has graciously made that process deeply freeing, and one of our goals for the next season is to more actively embrace the gift of repentance in our hearts and in our family.”

Vince Vitale: Why We Are Resigning

The couple’s second, “most pressing,” conviction “was that RZIM’s response to the grave abuse that occurred was critically important—most crucially for the survivors, and also for the mission and witness of the wider church in sober recognition of the need to do far better to ensure that the vulnerable are seen and heard and valued and safe.”

“More than anything,” said Vince Vitale, “we longed for a response that would communicate the truth about victims—that they matter greatly, as does their suffering—and the truth about Jesus, because his concern for victims is so great that he was willing to face isolation and injustice in order to be present with victims and secure justice for them. It has been out of this concern that we have felt the importance of journeying with the team during this season when we had the opportunity to speak directly into significant decisions.”

Vince said that it has been a privilege to work with victims advocate Rachael Denhollander and Sarah Davis, RZIM’s CEO and one of Ravi Zacharias’ daughters, to make “rightful restitution to the courageous women who have come forward to share their stories in defiance of abuse.”

Vince and Joanna’s third conviction, the one that has led them to resign, “has been that once we had done what we could to encourage a victim-centered response, it would be important for us to step into a substantial season of reordering.” They are therefore stepping down as leaders of the Zacharias Institute “in order to embrace the time and space needed to allow ourselves to be deeply formed by all that we have been humbled by and wrecked over in the last year.” He continued:

One challenge we want to wrestle with is to what extent subconscious desires, for example to be thought well of or to preserve relationships, might have contributed to some of the ways we acted and failed to act…we are asking God for the strength to continue to walk a path of learning what it means to see, hear, and love others—especially the vulnerable— in all of the ways that he asks.

The Story Behind the Ravi Zacharias Allegations (Part 2): ‘Cursory’ Investigations and More Accusations

In a tweet Thursday, former RZIM leader Carson Weitnauer observed, “Sadly, the scandals at RZIM have just begun to be told. I believe so much more will be shared in the years to come.”

The recent independent report detailing sexual abuse by late apologist Ravi Zacharias continues to make news, as people connected to him and his ministry weigh in. Some employees, such as Vince Vitale and his wife, Joanna, are issuing apologies, while family members are defending Zacharias, who died last May. Meanwhile, many others are addressing the scandal and Christians’ responses to it.