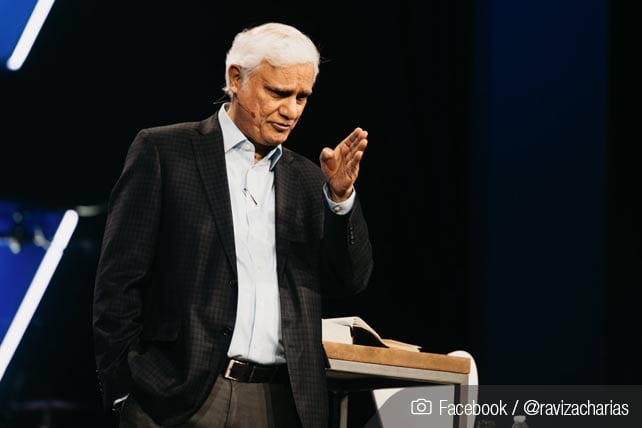 A report showing the findings of an independent investigation into accusations of sexual misconduct by late ministry leader and apologist Ravi Zacharias has been released. The report indicates that Zacharias had encounters with multiple women in multiple countries, which included sexting, unwanted touching, spiritual abuse, and in one case, rape.

“We are devastated by what the investigation has shown and are filled with sorrow for the women who were hurt by this terrible abuse,” a statement from the board of Ravi Zacharias International Ministries (RZIM) reads.

RZIM commissioned the law firm Miller & Martin to conduct an independent investigation into their late founder’s alleged sexual misconduct after the accounts of several spa workers were published by Christianity Today in September 2020. Miller & Martin released a preliminary report on their findings in late December 2020 and on Tuesday, February 9th, the firm released the full report, which RZIM has shared on its website.

The report says over 50 individuals were interviewed, including over a dozen massage therapists. Additionally, the firm obtained four mobile devices and one laptop that were used by Zacharias.

The phones provided the clearest evidence that Zacharias had inappropriate relationships with multiple women. Investigators found messages in which Zacharias used romantically intimate language. He even told one woman, who was not his wife, that she was the love of his life. There is also evidence that Zacharias solicited images of the women he corresponded with and investigators found “over 200 photographs of women much younger than him—including six of Lori Anne Thompson—and dozens of photographs he took of himself.”

Lori Anne Thompson, the Canadian woman that alleged Zacharias had spiritually and emotionally manipulated her into a sexting relationship, was mentioned several times in the report. While investigators were limited in their capacity to investigate Thompsons’ claims due to her being still bound to a non-disclosure agreement she signed in 2017, the report says investigators “found significant evidence on Mr. Zacharias’s electronic devices that are probative of her allegations.”

The investigation corroborated reports given to different news outlets (including ChurchLeaders.com) from previous spa employees and massage therapists who claimed Zacharias often asked them for “more than a massage,” as one worker expressed. One of the massage therapists described her interactions with Zacharias as rape.

Zacharias passed away in May 2020 after a brief but intense battle with cancer. For this reason, investigators were not able to speak to him about the evidence they found. However, Zacharias’ reaction to Thompsons’ allegations against him, which came to light while the apologist was still living, give some indication of how he might have reacted to these newer allegations. The report states that concerning Thompsons’ allegations, “He was able to convince many that not only was he innocent, he was the victim of malicious ‘evil.’”

In fact, investigators were told that when some staff members at Ravi Zacharias International Ministries (RZIM) raised concerns or questions about the allegations, “they were ignored, marginalized, and accused of disloyalty.”

RZIM acknowledged their failure to even entertain Thompsons’ allegations and their perpetuation of Zacharias’ false account of the matter in their statement: “We believe Lori Anne Thompson has told the truth about the nature of her relationship with Ravi Zacharias. It is with profound grief that we recognize that because we did not believe the Thompsons and both privately and publicly perpetuated a false narrative, they were slandered for years and their suffering was greatly prolonged and intensified.”

Thompson has yet to be released from the NDA she signed, even though she’s asked the heirs of the NDA to release her multiple times. In Miller & Martin’s report, they outline the steps they took be able to thoroughly investigate Thompson’s case:

…we asked the Executrix of Mr. Zacharias’s estate, through her counsel, to cooperate
with the investigation by authorizing Mr. Zacharias’s former counsel to give us access to their file. The Executrix declined this request. We also asked both the Executrix and the Thompsons, through their respective counsel, to agree to modify the NDA to allow us to speak to the Thompsons and otherwise investigate this matter. The Thompsons would agree to speak with us only if they were fully released from the confidentiality obligations in the settlement agreement. The Executrix declined to release the confidentiality obligations in whole or in part for any reason.

There are likely more victims and other instances of abuse, the report indicates, whether those abuses were sexual in nature or not: “We acknowledge that we have not spoken to all individuals who may have relevant information to provide,” the report states. Additionally, the firm says its investigation was limited in scope to sexual misconduct, and that it did not “extend to RZIM finances, possible retaliation against employees, or other aspects of the organization’s culture.”

These things are all called into question now that this report has been released.