Recently, I saw a video of a church worship leader wrapping up a morning service after his pastor’s message. As the young man spoke, his excitement level began to escalate as he gave one announcement… and then spontaneously gave another… and another… and another.

By the time he finished, he had promoted nine different ministry initiatives. The audience left overwhelmed with information and metrics later indicated no one requested additional information or signed up for any of the items promoted.

This worship leader could have used some coaching from Chris Licht, the new chairman and CEO of CNN.

Per the June 3rd edition of wonderful daily news site Morning Brew, Licht immediately began reducing the network’s use of its “Breaking News” graphics. His logic is sound. Lictht said, “It has become such a fixture on every channel and network that its impact has become lost on the audience.” 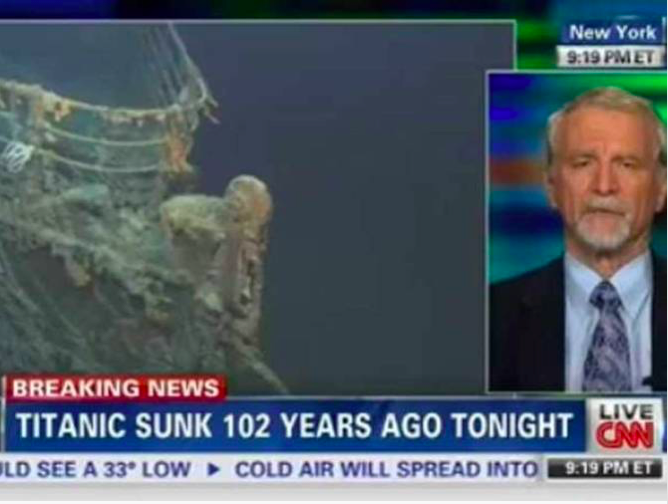 Here is what Licht and other experienced leaders know – In the midst of many special announcements, none are special. They eventually lose their impact and become white noise. Another way to say this is when everything is important, nothing is important.  A good example is shown above. The Titanic sinking 102 years ago by definition is not “Breaking News.”

So how many announcements should a church have during its worship service?

What makes an announcement worthy of my attention and the valuable real estate it occupies during a Sunday morning message is its importance and urgency to act upon compared to other items occupying the church calendar.

Therefore, I recommend one, just one announcement per week. This is especially impactful when done as a natural next-step to the pastor’s message or sermon series.  A particularly useful wrap is, “What a great message. Based upon what Pastor said, here’s what I want you to do…..” Then direct them to an online form, text link, or connect area on campus to sign-up or get more information.

In conclusion, give a single special announcement per week and watch your church’s overall engagement increase dramatically. I’m sure using more discretion with “Breaking News” will increase CNN’s viewership as well.

Her Children Rise up and Call Her Blessed: Thoughts From Nanci’s Family at Her Memorial

How to Pledge Our Allegiances on July 4

It’s Time for a Relational Inventory

A Leader’s Top Weapon Against Complacency, Stagnation, Plateau, and Settling for Average

What is Evangelical Repentance?

The Church Needs Preaching That Lasts – Not “Particle Board Preaching”

What Every Pastor Needs