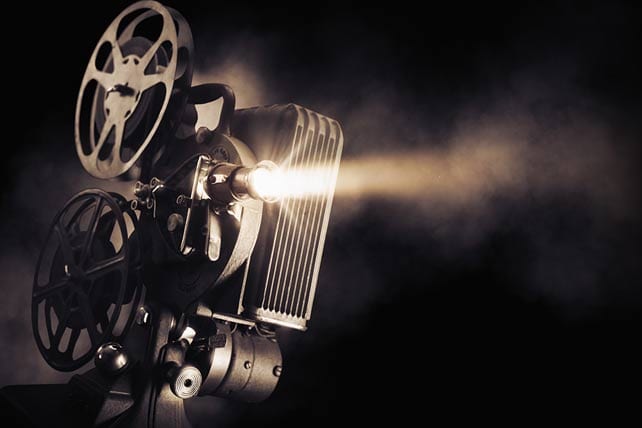 In the 15 years since Mel Gibson’s R-rated The Passion of the Christ set box-office records (and sparked numerous controversies), the Christian movies industry has continued to morph and expand. Though some pains have accompanied that growth, wrestling with various challenges seems to have helped the industry refine and improve.

During the past few years, family-friendly fare has been receiving better reviews—and reaping headline-making financial returns. Now Hollywood’s major studios all have marketing departments geared toward reaching the coveted Christian audience. And more filmmakers and producers with a faith-first focus are crafting movies with biblical and moral messages.

As a result, industry experts see a bright future for Christian filmmaking, a genre that’s faced numerous adaptations throughout the decades.

Back in 1910, a Congregational minister named Herbert Jump wrote a pamphlet promoting “The Religious Possibilities of the Motion Picture.” By the 1950s, Christian filmmaking was associated with epics such as The Ten Commandments and Ben Hur. Faith-based groups including the Billy Graham Evangelistic Association and Campus Crusade for Christ made significant contributions to the new niche market.

Early Christian movies that released nationwide often had gospel-centered, evangelistic themes, which may have led critics to dismiss them as propaganda. Small production and marketing budgets didn’t help; neither did the way many faith-based filmmakers isolated themselves from Hollywood, relied on clichés and shallow characters, and developed sanitized versions of secular hits.

But since The Passion of the Christ made history—and waves—in 2004, titles aimed at believers have grown exponentially, in both quantity and quality. Well-received Christian movies now regularly top box-office expectations.

Why Message-Based Movies Are Thriving

Films such as Facing the Giants (2006), Fireproof (2008), October Baby (2011), and Soul Surfer (2011) marked a new era in Christian movies. By 2014, when the $2 million production God’s Not Dead grossed almost $65 million, Hollywood and the public took notice. Four years later, the Erwin Brothers’ I Can Only Imagine—which cost just $7 million to make—grossed an astonishing $85 million. That film’s success led the filmmakers to a partnership with Lionsgate.

Movie critics and insiders attribute the growth to several factors. More Christian films are being based on real-life events, making them more relatable to non-Christians as well. Screenwriters try to avoid bombarding the audience with a message. Also, big-name “mainstream” actors have been appearing in faith-based films; for example, in 2017 Octavia Spencer starred in The Shack, and Faye Dunaway was in The Case for Christ.

Instead of just targeting pastors, urging them to bus congregants to theaters, marketers now emphasize a movie’s widespread appeal. “We’re developing beyond just the genre of sermon-on-film,” says Bill Reeves of WTA Group, speaking to the Los Angeles Times. “We’re trying to answer the question of ‘What else is out there?’”

Politics is likely a factor, too, note industry professionals. Since the 2016 presidential election, says producer Erik Lokkesmoe, “People don’t trust institutions. They don’t trust the top-down. They want stories that are real and honest.” Speaking to Business Insider, he describes a “Trump mentality” among Christian moviegoers, saying that because they feel as if their beliefs are under siege, they’re flocking to theaters to “confirm” those positions.

Because audiences have felt beaten down by some of the secular media, says Pure Flix CEO and co-founder Michael Scott, higher-quality Christian movies provide welcomed opportunities for expression. “That’s the environment now,” he says. “There’s more openness to talk about faith-based films.”