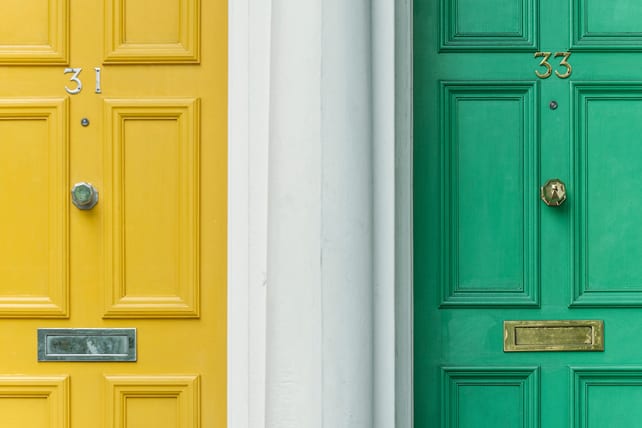 “How do you feel about a closed group vs open group?” This was a recent question I was asked by a church that was in the beginning stages of formulating their church-wide small group model. I smiled because this is a loaded question for several reasons that we will discuss here.

Closed Group vs Open Group – Which Is Best?

Open small groups generally remain “open” all the time, meaning there is no limit to the amount of new people who can join. Every week an “open” small group meets, is an opportunity to invite and meet first-time guests.

Closed small groups limit the number of participants. Once a group starts, new people aren’t continually invited out. Groups can remain closed for up to 18 months before opening back up to guests.

The following is what I shared with the church about closed groyp vs open group:

1. This is a Philosophical Decision.

There are no right or wrong answers, morally speaking. This makes the decision-making process fuzzy because nobody can claim the moral high ground with his or her opinion.

Overall, there are approximately 10-12 small group ministry models that churches use (meaning, one church uses one particular model). Each model has its strengths and weaknesses. One model may flourish at one church but never work at another. Then open groups versus closed groups discussion falls into this same context.

Since you are meeting with the same people every time, the hope is that you can begin to lower your walls over time and become vulnerable with other group members. One weakness of a closed group is the potential for the group to become gossip sessions and clique-ee.

On a side note, I personally believe that once a group has been together for over two years without multiplying, it is almost impossible for group multiplication to happen.

Since the group meeting is always open, members of the group know they can invite an unbeliever or someone who just recently started attending the church. One concern is that a constant flow of new faces limits the potential for deeper intimacy and accountability.

North Point Community Church in Atlanta (Andy Stanley) has crushed their numbers with the closed group model. While I personally don’t lean towards closed groups, it’s impossible to say it can’t work and help people.

I feel the need to throw in a quick disclaimer: Open groups can become cliques and have gossip sessions as well. Just because a group is labeled “open” doesn’t always mean they are functioning as one. If the group is “open” in theory but not actually reaching out to new people, they will have the same vulnerability as a closed group. I believe that when a small group starts clicking, it will stop clique-ing.

This article about a closed group vs open group originally appeared here.