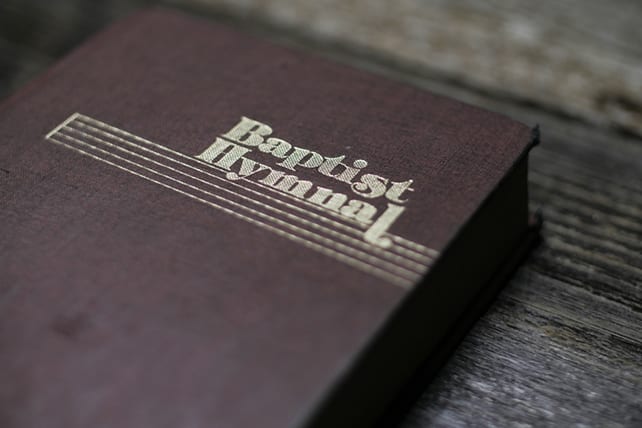 Recently my website HymnCharts.com was 10 years old. I started the website soon after I became a church music director for the first time. As most of you have found, mixing hymns with contemporary worship songs is quite a challenge and back then resources were non-existent. It was a stark choice: hymns vs contemporary worship.

The young church where I was serving had a praise band and contemporary music. Yet, I was getting requests for hymns (or perhaps “demands” would be a better word – you know how it is!) I arranged “All Hail the Power” for the band one Sunday, and it was a smash. A mid-twenties guitarist in the band wondered where I found this “great new praise song,” and an older lady came up to me and was thrilled to hear the old hymn.

These days many worship leaders believe they’re too hip or cool to include hymns in their cutting edge praise sets. It’s their loss – and their congregation’s.

In her epic book Worship Evangelism, Sally Morgenthaler reinforces what I’ve believed all along. The average person in your congregation, even the unchurched, is far less “hip” than the worship leader. They may love the new worship songs but they also love the old hymns (although they don’t want to hear them with pipe organs.) I quote from her book:

In a recent study, two-thirds of the unchurched said they would prefer to come back to an “informal” church experience. What exactly an “informal experience” entails was not clear. Yet, 47 percent of those surveyed also indicated that they would like to sing some traditional hymns. (Note: This does not necessarily mean they want to sing them in a “traditional way.”)

Another study found that while only 21 percent of all Americans would choose churches that offer an exclusive diet of traditional hymns, 65 percent prefer churches that provide a mix of traditional and contemporary music (music that has been composed in the last ten to twenty years). Evidently, the American public — including its vast unchurched sector — does not support a wholesale abandonment of religious trappings.

In A Generation of Seekers, a boomer pastor speaks of the powerful emotions that are often triggered when boomers return to church and intersect with certain traditional elements in worship:

Many of my age group talk about coming to church, and they cry through the service…[especially when they listen to] the hymns, they are just unraveled. And these are people who haven’t come to church in years…It’s empowering…a real deep sense of coming home again…of something that was missing and then reaching some real deep places that people weren’t even aware of.

So just how can you combine hymns with worship music? The problem is that hymns out of a hymnal don’t have the same “feel” as the contemporary songs.

If you only have hymnal versions of hymns, don’t mix these with your praise music. Putting a hymnal hymn in the middle of your set will disrupt the flow. The styles are too different. Instead, isolate them as a call to worship, a benediction or offertory.

To effectively blend hymns with praise songs you’ll need a contemporary hymn arrangement. My goal is for such a seamless transition from a praise song to a hymn that the congregation doesn’t even realize they’ve shifted lyrical centuries.

How to avoid the hymns vs contemporary worship trap:

Are put in guitar friendly keys like D, E, and G.

I’m also hearing more and more praise songs in B.

I cringe when arrangers jazz up a hymn melody to make it “cooler.” The whole point to a contemporary hymn arrangement is to bring the generations together. Adding syncopations to traditional melodies makes for a tongue-tied congregation. Completely new melodies are great, however, as they give a breath of fresh air to ancient texts, as are traditional hymns with added choruses like Tomlin’s “The Wonderful Cross.”

This article on avoiding the hymns vs contemporary worship trap originally appeared here, and is used by permission.