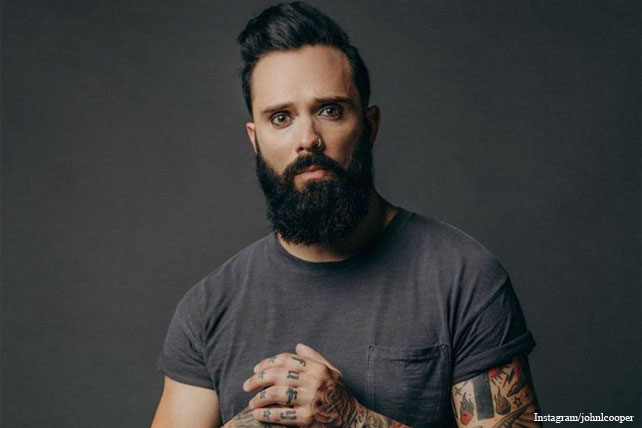 Our world has become silly and ridiculous, the “Awake and Alive to Truth: Finding Truth in the Chaos of a Relativistic World” author stated. He hinged his ten minute talk around Isaiah 5:20, which says, “Woe to those who call evil good and good evil, who put darkness for light and light for darkness who put bitter for sweet and sweet for bitter!”

John Cooper said, “We’re living in a world right now were there’s certain Dr. Seuss books that you cannot sell on Ebay…they’re just too much for anybody to even be allowed to buy…it’s just ‘too much’, it’s ‘too evil’, but you can and must applaud the sexual degradation of Cardi B and Megan Thee Stallion simulating sex together on the Grammys,” during their performance of “WAP.”

The bold rocker who says (and lives out), “If you really speak truth to people, you’re probably going to become more unpopular,” explained how the world is using intersectionality to redefine Biblical truth. Pointing out how they manipulate the truth by saying, “If you don’t celebrate it then you’re actually a bad person…and you kind of like don’t love people…right?…This has been happening in America…especially during the last year.”

He asked, who is going to define evil as good? In a short lesson he said, “Every dictator in history says that what they were doing was good…that’s what they believe.” Cooper used Hitler as an example saying, “If you read some of Hitler’s speeches, he’s like ‘I’m going to set people free…free from the bondage of the Ten Commandments.’ In his mind he’s a liberator.”

John Cooper says redefining evil and good is what we witnessed happening on the Grammys and is what we are seeing in the conversations that have come from Cardi B’s performance.

Cooper said he sees two differences. One is that Cardi B’s Grammy performance is a step beyond what we have witnessed before (Madonna for example). Second, no one has ever said a performer simulating sex at an awards show has been virtuous for doing so.

The world is taking paganism, hedonism, idolatry, and sexual degradation and is defining them as virtuous and moral. “That is what it means to call evil good and good evil,” said Cooper.

“In today’s culture, intersectionality would make someone call me misogynist and racist because I spoke out against a powerful, strong Black woman,” said Cooper, referring to calling Cardi B’s Grammy performance “evil.” This, he said, is “The power of intersectionality injected into the conversation of morality.”