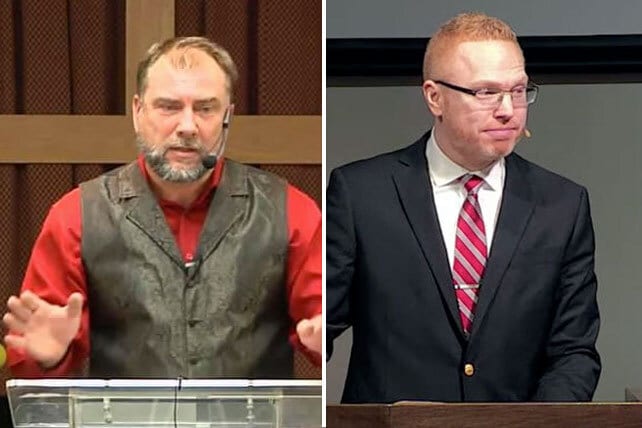 James Coates and Artur Pawlowski are two pastors in Alberta, Canada, who have gotten quite a bit of media coverage for holding large gatherings in defiance of public health orders. But Rev. Ray Matheson, another church leader in the province, believes the two are bad examples of what it means to follow Jesus.

“I feel very sad about what these pastors are doing,” said Matheson, a retired pastor who is now a congregational care associate at First Alliance Church in Calgary, Alberta. “I think it gives Christianity a bad name.” He explained, “I think those pastors believe they are doing the right thing, but I believe they’re misguided and they’re not following the principles of Scripture or the example of Jesus.”

Rev. Ray Matheson: This Is Not Persecution

Speaking to Postmedia’s Licia Corbella, Rev. Ray Matheson shared his thoughts on the actions of James Coates and Artur Pawlowski, who have generated a great deal of publicity over the past several months.

James Coates is the pastor of GraceLife Church in Spruce Grove, Alberta. He is facing one charge of violating the Public Health Act due to holding worship services in defiance of capacity and social distancing requirements. Coates was arrested in February, released on bail, and began undergoing a trial on May 3. Authorities shuttered his church last month, but the congregation has met at least once since then in an undisclosed location. Hundreds of people, many of whom were not connected with GraceLife Church, showed up on site April 11 to protest the church’s closing.

The behavior of Artur Pawlowski, pastor of the Street Church in Calgary, has been even more dramatic. He has called police and health officials “Nazis,” “brownshirts of Adolf Hitler,” “Gestapo,” and “communist fascists,” all while chasing them off his property. Moreover, the church is in a residential area, and on May 1, the congregation held a loud outdoor protest that hundreds of people attended. The Street Church’s neighbors say they want any protests moved to another location and have accused the members of being antagonistic toward them, so much so that some have filed a police report.

Pawlowski was arrested Saturday, although he has since been released. He is to appear in court on May 17 for charges of organizing an illegal in-person gathering and promoting and attending an illegal gathering.

Other churches in Canada have faced significant penalties for flouting COVID-19 restrictions. One church in Ontario was fined $83,000 for meeting for in-person worship. Church of God Restoration and Springs Church, both in Manitoba, received significant fines for holding drive-in church services.

Matheson particularly took issue with Artur Pawlowski’s verbal attacks and demeanor. “Our police officers risk their own lives for our safety,” said Matheson. “They need to be honoured rather than maligned.” As a basis for this point, he mentioned what was a much-cited Bible passage in 2020: Romans 13. Verse 1 says, “Let everyone be subject to the governing authorities, for there is no authority except that which God has established. The authorities that exist have been established by God.”

“To call [civil authorities] Nazis is not showing respect,” said Matheson. “The Bible calls us to be gracious and for no unwholesome words to come out of our mouths.”

Matheson does believe there is a time and place for Christians to refuse to obey government authorities, but he does not believe the COVID-19 pandemic has brought us to that time. “Our persecuted brothers and sisters in Christ around the world would not call what is happening here persecution,” he said.

Instead of fighting back against the COVID-19 restrictions, Matheson observed that these pastors and their churches could use their circumstances to creatively serve people. For example, First Alliance decided to treat online church as a way to reach people who would not normally come to church in person.