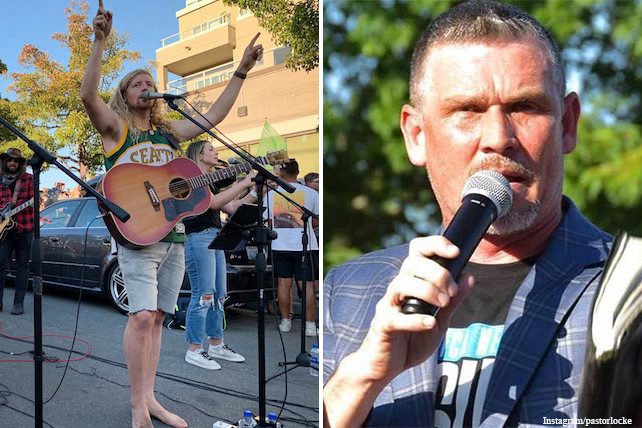 (RNS) In April 1721, Boston endured one of its worst epidemics when a ship arrived in its harbor carrying smallpox. As the disease ravaged Boston, it was one of its leading ministers, Cotton Mather, who, despite fierce opposition culminating in an attempted bombing of his house, became the leading voice of inoculations.

Years later, when a smallpox outbreak hit New England, Jonathan Edwards modeled similar leadership in recognizing that the personal risks of a vaccine were far outweighed by the common good. Believing his example would spur on others, Edwards — though not in good health — received the vaccine. The inoculation ultimately took his life  — even as it saved many others. He gave his life, in a pandemic, for the good of his neighbors.

Related article: A Year-and-a-Half of Pandemic: How Covid Has Reshaped the Church

As historian Douglas Sweeney observes, “before the rise of modern medicine, ministers usually had to take the lead in showing support for doctors (who were often fellow pastors).”

These stories have been at the forefront of my mind in recent months as I’ve watched the split among churches over how to lead in response to a pandemic that, while less deadly than smallpox, has nevertheless wrought unprecedented damage across the globe. In most cases the division has been a difference in conscience and perspective, but distressingly, an emerging number of voices have begun to express their dissent with threats of violence. Their outcries reflect the language of personal autonomy and security over the historic models of selflessness and sacrifice. Take for example:

Spoken during the Freedom Matters Tour, these words belong to pastor Greg Locke and received a standing ovation. The founder and lead pastor of Global Vision Bible Church in Mount Juliet, Tennessee, Locke has been one of several religious leaders who have gained a public platform for their vocal opposition to COVID-19 restrictions. As a pastor, Locke bases much of his opposition in religious language and belief, exemplified in an Aug. 7 tweet displaying a sign reading: “This is a MASK FREE Church. Kindly Remove Them or Stay in your car. We Celebrate FAITH over Fear.”

This weekend in Portland, Oregon, worship leader Sean Feucht issued a similar threat. Feucht posted a picture of himself on Twitter, kneeling with his guitar in front of a group of men outfitted in military style vests, and warned, “If you mess with them or our 1 amendment right to worship God – you’ll meet Jesus one way or another.”

In other words, they are willing to take the life of their neighbor.

Feucht links himself to the counterculture revivals of the 1960s-’70s in describing himself as the leader of a new Jesus Movement and has adopted a posture of provocateur against COVID-19 restrictions. His tactics were detailed in a recent RNS column:

“(He) is known for being opportunistic when it comes to marrying politics with worship leading. Feucht … (travels) to spots in the United States where horrific deaths at the hands of police have taken place or where long-term protests in support of Black Lives Matter are going on. He sings happy songs about God being on his side, the speakers turned up to full volume in order to literally drown out the protesters’ cries for justice.”

But here is the reality: Locke and Feucht are sideshows in the midst of a global pandemic and a time of Christian service and mission. Hungry for media attention and skilled at getting the headlines, both have given many non-Christians another reason to reject Christianity.

When I call them sideshows, I mean only that they distract attention. Just as drivers are compelled to stop and look at a car wreck along the road, we can’t help but watch their antics. But to faithful Christians discouraged by their platforms and to onlooking media, let me again say: This is only a distraction.