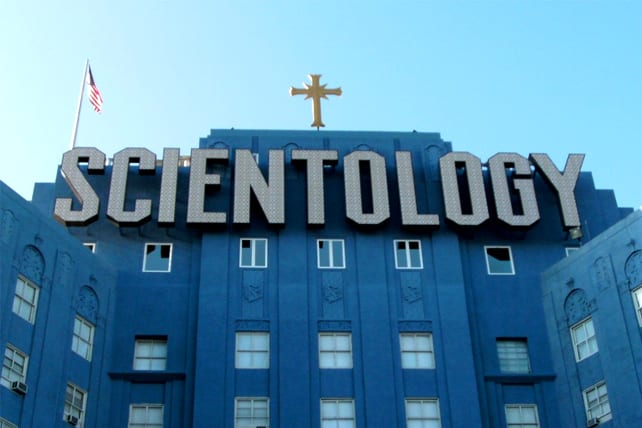 I’ve heard a lot about Scientology over the years, but never had the opportunity to speak to someone who believed it.

That all changed this last Sunday afternoon.

My friend and I went door to door around our church, getting to know our church’s neighbors and offering prayers. We ended up at the house of a man who told us that he was part of Scientology. He invited us in, and we spent over one hour speaking with him.

It is very easy to mock Scientology and to think that its adherents are nuts, but that all changes when you have someone in mind as you think about them.

As I said before, Tim was a very gentle man who was kind and respectful and listened to us carefully as we shared the Gospel with him. Of course, his religion caused him to have strange views about reality and his existence. It caused him to believe that he existed in several different bodies prior to this life, and, ultimately, will return to an angelic state where he will be most happy.

There is a lot to Scientology, and perhaps I’ll write a future post on it, but I came away from this conversation with a few thoughts that became clear and that might be helpful to you if you ever encounter a Scientologist in the future. I think that these points will help us as we think through religions in general.

Tim’s whole premise was that human beings are generally good. Through some work in understanding how we can control our mind, we will be able to slowly walk our way back to our previous world where we once were before our rebellion. Scientologists spend much time in prison helping prisoners unlock their minds so that they can be “saved” from their vices and start working their way back toward their angelic form. In short, humans are good and anyone is redeemable—all you have to do is help them control their minds, and through their own emotions they can keep themselves from what we would call sin.

2. Humans can fix themselves

Through a process of expanding and “struggling for survival” in eight different dimensions and through many lifetimes, we humans (who are fallen angels) can ultimately return to a state of angelic reality. If we slowly unlock our minds to see, not only our past lives but, ultimately, our future, the goal is to return to our original state of being with our creator before we rebelled and were sent to this life. In short. We have the ability to work our way back to our original state. Humans are encouraged to follow their set of ethics called “the way to happiness” (which is pretty much a mix of the Ten Commandments and Buddhist principles), and if they do so they can slowly redeem themselves. Obviously, I have a lot more to learn, though the more I dig into it, the more confusing it gets. But in short, like every other religion, it trains its people to glorify themselves and their ability to save themselves, therefore nullifying any need to be redeemed by God through Jesus Christ alone.

So many religions have a similar view that ultimately exalts humanity to the point where we can become gods. In Scientology, they have a creator but he, himself, is constantly expanding and growing in his glory. Human beings ultimately become gods themselves. And this is when, once again, I was reminded about this simple reality: The devil is in the business of stealing glory from God. He creates religions that aren’t neutral, but instead their main objective is to steal glory from God through exalting man and through causing man to either believe that they can earn their way back to God through works, which is blasphemy or through themselves achieving god-like status, which is also blasphemous. Either way, the goal is always to diminish God and His glory and to exalt man to steal His glory.

It’s really easy to mark some religions as ridiculous and make fun of them in our minds. Especially religions started by L. Ron Hubbard who (allegedly) made it clear he was doing it for the money. And yet, on Sunday I met a soul that will spend eternity in either heaven or hell, and my heart broke for him with compassion. I hope you will pray for Tim, and if you ever run into a Scientologist, or really anyone at all, that you will lovingly point them to Christ who is the only One who deserves glory and worship.