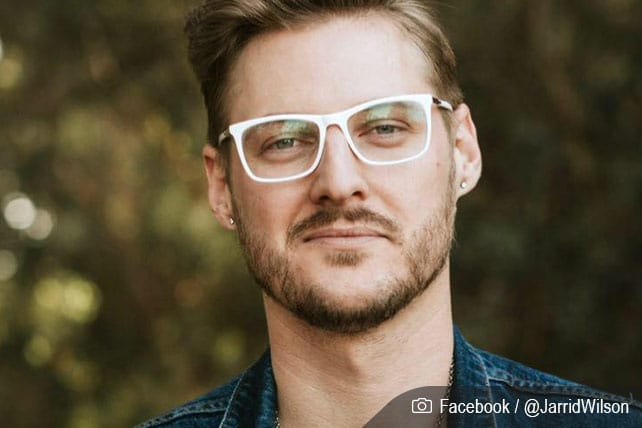 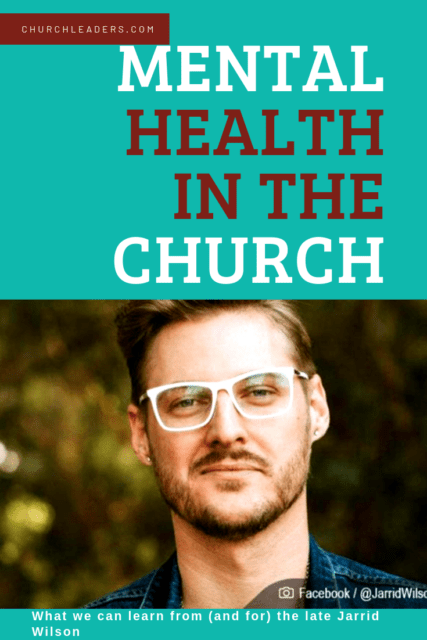 Church pastor Jarrid Wilson died by suicide on September 9, 2019, on the same day that he officiated a funeral for a woman who died by suicide and one day before National Suicide Prevention Awareness Day. In his life and writings, Jarrid Wilson challenged the issue of mental health in the church.

On September 10, churchleaders.com posted this notice of his death on Facebook: “Jarrid Wilson, Pastor, Author and Mental Health Advocate, Dies by Suicide This Week.”

The responses varied widely…as they most often do. Most people posted that their hearts were broken and they were praying for his family and friends. Many expressed confusion. Yet others declared that Jarrid had gone straight to hell. And some were just not sure what to think.

Conversation swirled around vitriolic comments about the sin of suicide. Some admonished that anyone who is depressed needs to do a better job of casting their cares on Jesus. And even others scolded because of the selfishness they perceived in suicide. Many, though, talked about how mental illness is akin to cancer or diabetes…it is an illness that strikes an organ in the body.

People, can we all just admit we have a problem?

Jarrid isn’t the only pastor we’ve seen succumb to death by suicide recently.

And there are more. Are we under “a curse of suicide” that’s stalking our church leaders? What do we need to do now to stem the tide? How do we better focus on mental health in the church?

“I sometimes get calls from pastors a thousand miles away who have nobody—it seems—to help them. I wonder how this has happened,” writes Ed Stetzer in a recent article at ChristianityToday.com reflecting on Jarrid Wilson’s tragic passing. Stetzer goes on, “I also wonder about those who are ministry leaders who don’t make the call, who suffer in silence, afraid to reach out.” And what do we think when a pastor who is an outspoken mental health advocate takes his own life?

Inevitably, in the face of pastoral suicide, we grieve and we ask why. And not just…why has it this happened this time, but why does it keep happening? The Centers for Disease Control and Prevention (CDC) reports that suicide rates are rising across the country, and at churchleaders.com, we consistently see our articles on depression and mental health getting a high level of response from our audience. Jay Lowder’s article, “Being a Christian Does Not Make You Immune to Depression, Hopelessness, and Suicide,” posted on Facebook days before the news about Jarrid broke, got a significant level of engagement.

We don’t want to offer flippant or simple answers, and there is no way we can thoroughly address this problem in a single post. As the CDC observes, “Suicide is rarely caused by a single factor.”

But it is right to ask what can we do to advocate for those who are suffering and save lives. It would be far worse to be apathetic or conclude that it is hopeless to try to do anything. In his battle with mental health issues and his desire to help the church, Jarrid Wilson challenged the church to address depression and anxiety:

“It’s no secret that my past was ridden with mental health issues—ones that kept me from wanting to live for much of my teenage life. I’m very vocal about this truth, and I will continue to be as long as my story may have an impact on others who need to hear it. And while I do believe today’s church is doing better at addressing the issue that is mental health, I believe there can be so much more done than what is currently taking place in regards to depression and anxiety.” Jarrid Wilson