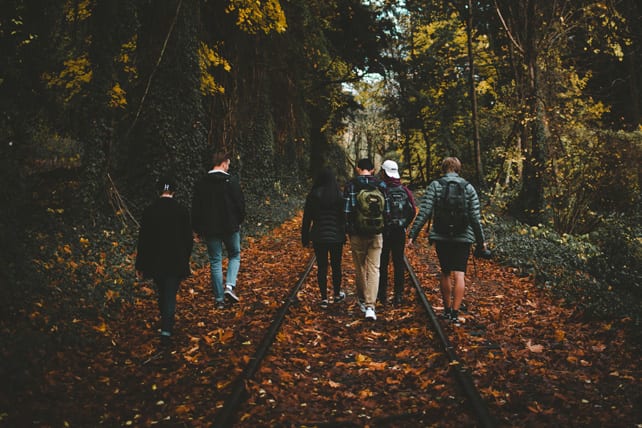 Disclosure: Depending on your own bias or bent, you might read this rant as either heresy, confirmation that I’ve lost it, or maybe something worth sharing with your team.

To start with, at some level I believe the missional community strategy and the current discipleship emphasis are both needed and smokescreens at the same time (I’ve wrestled quite a bit over this sentence).

Why? Just give me a few minutes. Trust me…I’m sure we’ll have a lot to argue about.

21st-century realities that shape my philosophy

As we move deeper into the 21st century, the front door of the church in America will shift from the auditorium to the home (or third place).

First, I am more and more convinced that as we move deeper into the 21st century, it will become more and more likely that the front door of the church in America will shift from the auditorium to the home.

Every indicator is screaming that we are rapidly moving in this direction. From Gabe Lyon’s The Next Christians, the widening 60 percent that are unreachable with the attractional model, and Barna’s study on the arrival of post-Christianity…let’s just say, we are not in Kansas anymore (even if you are in Kansas…you are probably already seeing the signs too).

The missional community strategy is mostly needed in churches whose weekend services are primarily designed for believers.

Second, I am coming to believe the missional community strategy is mostly needed in churches whose weekend services are primarily designed for believers. Even excluding fortress churches (where Christians huddle, isolating themselves from the evils of the world, sending their children to their church’s Christian school, etc.), it’s my belief that a high percentage of the vast majority of members of believer-focused churches don’t know their neighbors and don’t have friends at work (perhaps acquaintances, but not friends).

In that kind of environment, missional communities make a lot of sense.

On the flip side, in most of the churches I’ve served, where the weekend service is designed to be an inviting experience for friends and neighbors (attractional), it is very common for members to both know their neighbors and have friends at work. See also, Do You Know About This Game-Changing Connection Secret.

The discipleship emphasis is needed but should never be seen as an invitation to a more intensive program.

Third, the discipleship emphasis is needed but should never be seen as an invitation to a more intensive program. Rather, a small group is only the optimum environment for life-change when it is about becoming like Christ. When I look back at my own grouplife journey, my understanding is very much formed by Willow Creek’s small group ministry mission statement (circa early ’90s):

“To connect people relationally in groups of six to 10, where they can grow in Christ, love one another and further the work of the Kingdom.” (I might be off by a word or two, but you get the idea.)

Discipleship is an expectation. “Where they can grow in Christ.” It isn’t an add-on or an elective.

There are three assumptions that shape my philosophy of ministry as we’ve moved deeper into the 21st century in post-Christian America.

What do you think? Have a question?