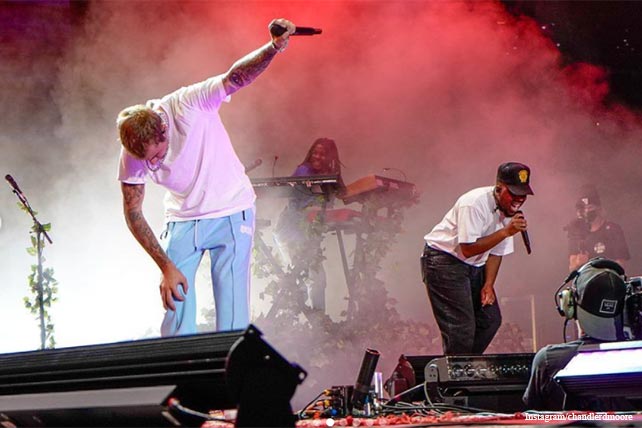 Fresh off the 2021 release of his album “Justice” and a surprise Easter EP “Freedom,” Justin Bieber had no issue letting the 1DayLA volunteers know God has changed his life and given him hope.

“Some of you might not be used to this type of atmosphere, but what you’re feeling right now is the presence of God,” Bieber told the thousands in attendance. “[God] doesn’t need perfect people. He just wants to use average, ordinary, broken people like us.”

“I’m tired of religion. I’m tired of division. I just want to know what it looks like to love people,” an emotional Bieber said. “I want to know Jesus, who goes to where the broken people are.”

Those in attendance lifted their arms in worship, much like a Sunday-morning praise gathering. Although the world faced many trials during the last year, Bieber told those packed into the SoFi Stadium: “We do got a hope, and His name is Jesus, and He’s changed my life.”

Holding back tears, Bieber invited Pastor Judah Smith onto the stage, calling him a brother who’s changed his life. “I can’t look at you or else I’m gonna cry,” Bieber told Smith.

“This miracle you see sitting in front of you,” Smith said while pointing at Justin, “was not the doing of any person or mere therapy, and therapy is important.” Smith gave testimony to the crowd about what he has witnessed in Bieber’s life. “But I am telling that this man’s life has been saved and transformed not by religion, dogma, doctrine, church services, conferences, or retreats. It has been the person of Jesus. The Resurrection and the Life.”