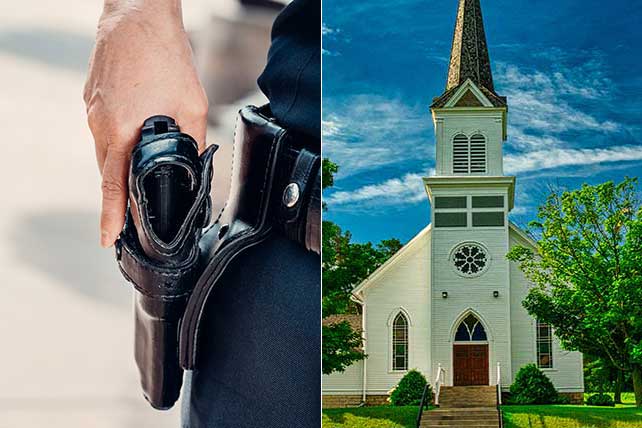 Outreach Magazine editor-in-chief Ed Stetzer recently asked his 260,000 Twitter followers to share if their church has a security team and whether those teams carry weapons.

Amid multiple mass shootings in America this year, including those inside churches, Stetzer’s question ignited emotional responses from some, and a number of responders openly shared the reasons why congregants and pastors are armed in their worship services.

One commenter, who is not a resident of the United States, explained that Stetzer’s question sounded truly bizarre to him, saying, “I’m visiting the US for the first time in my life. And will attend church next Sunday. This question sounds like something from a parallel universe. There are societies where only police forces are allowed to carry guns. People feel safe and no security in church is needed.”

“If you need weapons, your faith in Jesus is nonexistent. Take that however you like,” another said.

Nevertheless, most responses indicated that the security teams at their churches carried concealed weapons or that the commenters would be comfortable if they did.

RELATED: Ed Stetzer Asks Pastors to Share Their Most Embarrassing Wedding Mistakes; The Responses are Hilarious

One person explained that because of the mass shooting at First Baptist Church in Sutherland Springs, Texas, which took place on November 5, 2017 and killed 26 people, injuring 20 others, there are congregants who carry guns for protection at their church.

“Yep. It started as a result of the shooting at the church in Texas several years ago. There are members who are conceal carry, and unknown to the church at large,” the commenter said.

The following are more responses Stetzer received. (Responses do not necessarily reflect the positions of Ed Stetzer or ChurchLeaders.)

“Ed we have a security team at our church and several of those serving on that team work in law enforcement. Several of them carry firearms. Our church is on a major artery near a few major highways. The team is trained for active shooters.”

“Yes…key members of our security team use open-carry weapons during the week and concealed weapons on Sunday at @calvarychapelcm …why? Wisdom and preparedness.”

“We have licensed law enforcement officers that we hire and they are armed. Our security team members who work in parking lots and are our eyes and ears on our campuses could be armed. However, our primary security is handled by off-duty police officers.”