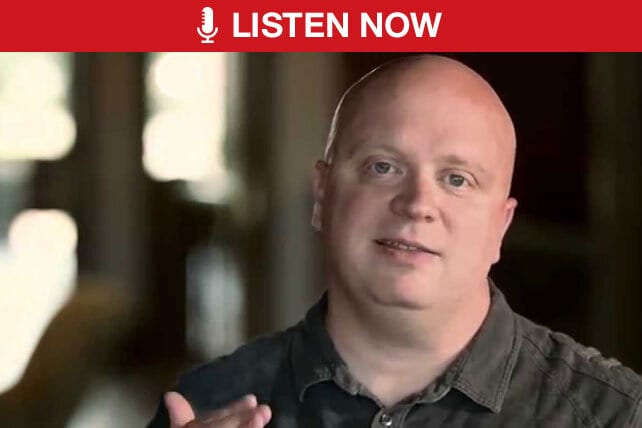 Caleb Kaltenbach is the executive director of the Messy Grace Group and the author of Messy Truth: How to Foster Community without Sacrificing Conviction (WaterBrook, on sale 8/10/21), God of Tomorrow and Messy Grace. Through The Messy Grace Group, he helps leaders, Christian organizations, and churches develop influence with LGBTQ individuals without sacrificing theological convictions. He’s a graduate of Ozark Christian College, Talbot School of Theology at Biola University, and received his doctorate from Dallas Theological Seminary.

A frequent speaker on faith, sexuality, and society, Caleb has contributed to or been a guest with The New York Times, Fox and Friends, Christianity Today, The Carey Nieuwhof Leadership Podcast, and Focus on the Family. He and his family live in Southern California and practically live at Disneyland. For more information about Caleb and his ministry, visit calebkaltenbach.com and messygracegroup.org.

Other Ways to Listen to This Podcast With Caleb Kaltenbach

Preston Sprinkle: Jesus Left the 99 to Pursue the One—And That Means Trans People

Laurence Koo: A Call for the American Church to Welcome Single (LGBTQ) Believers

-What are some of the major shifts in the LGBTQ conversation that you’ve seen since you were last on the ChurchLeaders podcast?

-What changes, either positive or negative, have you seen in how the church engages with LGBTQ community and how we talk about that community?

-How important is it for a pastor or church leader to personally know a member of the LGBTQ community before they attempt to preach on sexuality or gender identity?

-How would you advise churches to process their fears and hesitations about engaging with the LGBTQ community? What would you advise as far as inviting people with LGBTQ identities to serve in a congregation?

“I think that identity has always been something that humanity has always struggled with since Genesis 3…I think it’s no accident that right now all the conversations that we’re having about sexuality, all the conversations we’re having about gender identity, sexual orientation, people allowing their politics to influence their faith instead of the other way around, people devaluing human life, I don’t think that it’s any coincidence goes back to identity.”

“Same-sex marriage will continue to be a dividing issue among Christians, kind of like abortion is.”