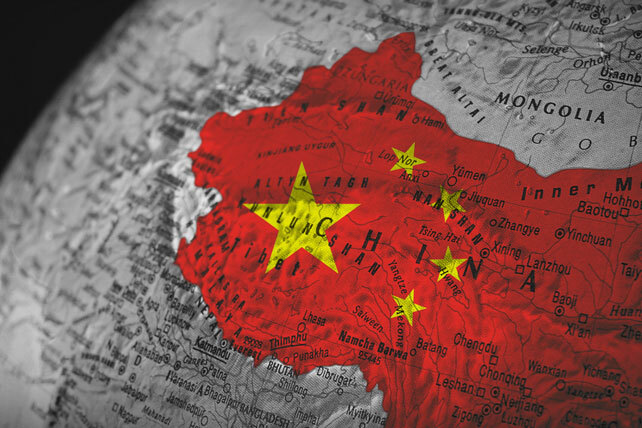 Chinese authorities have fined a man over $24,000 for holding a Christmas celebration where around 40 people prayed and sang hymns. Niu Guobao received the fine, as well as a summons to a hearing, on Jan. 19, one month after he had organized the gathering.

“Little did Niu realize that he was committing a number of crimes at the same time, and the penalty will be huge,” reported religious liberty magazine Bitter Winter. The Christmas gathering, at which approximately 20 children were present, was held in Huang Zhang Liang village in Lushan County, Henan province. The fine was 160,000 yuan, or $24,760 USD—an “astronomical sum for a villager.”

While the Christmas event was taking place on Dec. 19, authorities with the Lushan County Religious Bureau raided the gathering, took the information of the attendees, and told them they had to stop celebrating Christmas. Officials also confiscated Christian materials, including books, calendars, and couplets. International Christian Concern reports, “More than 20 minors at the scene were frightened by the government’s actions.”

Officials accused Niu Guobao of violating Article 71 of the Regulation of Religious Affairs, which says,

Where anyone aids illegal religious activities, the religious affairs department shall give it or him a warning; the illegal gains or belongings, if any, shall be confiscated, and if the circumstances are serious, a fine of not less than 20,000 yuan and not more than 200,000 yuan shall be imposed concurrently.

In addition to that violation, authorities held Niu liable for including children in religious activities and for possessing religious literature. Officials also questioned whether the gathering was affiliated with the state-approved Three-Self Church, although not even the Three-Self Church is protected from the Chinese government’s interference.

It is illegal in China to convert minors to a particular religion. The government has banned churches from holding Sunday school, and in certain situations, Chinese authorities have even threatened to remove children from their Christian parents.

According to Bitter Winter, the Religious Affairs Bureau imposes draconian fines not only to “terrorize religious dissidents” but also because it is “often in need of cash.” In August of last year, Chinese authorities fined a man in Yunnan province nearly $3,000 for holding an online Bible study.

China’s leaders use money in other ways to suppress religious freedom. For example, authorities have threatened to deny people their welfare benefits if they refuse to replace the Christian imagery in their homes with images of President Xi Jinping and Chairman Mao Zedong. Officials have also used financial rewards to incentivize citizens to turn in neighbors who participate in “illegal religious activities.”

For further reading on the suppression of religious liberty in China, see these articles from ChurchLeaders:

China’s New School Textbooks Get Rid of ‘God’ and ‘Bible’

The ‘Future of Oppression’: A Sobering Look at China’s Treatment of the Uyghur People