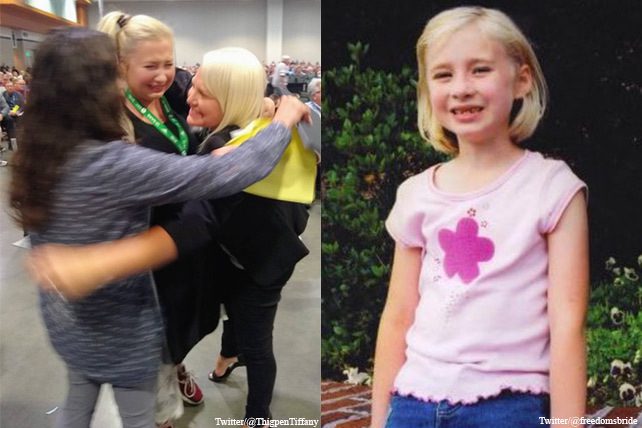 Hannah-Kate Williams, an outspoken advocate for abuse survivors in the Southern Baptist Convention (SBC), has filed a defamation lawsuit against 12 leaders and institutions affiliated with the SBC. Hannah-Kate is a survivor herself of alleged abuse and rape at the hands of her father, James Williams, an SBC pastor named as a defendant in the suit.

“My abuser keeps posting pics of me online without my permission,” said Hannah-Kate Williams in a post in June 2020. “So here ya go, dad. Since we’re going down memory lane. It was taken the Sunday before my 8th birthday, the day you stole my innocence. At the church you pastored. And yet, I survived. Alive today. Loved by God.”

My abuser keeps posting pics of me online without my permission. So here ya go, dad. Since we’re going down memory lane. It was taken the Sunday before my 8th birthday, the day you stole my innocence. At the church you pastored. And yet, I survived. Alive today. Loved by God. pic.twitter.com/MqxHmBisBI

​​Hannah-Kate Williams filed her lawsuit on Monday, Aug. 16, 2021. In addition to James Williams, the suit names as defendants the SBC Executive Committee (EC), EC committee members Rod Martin and Mike Stone, Lifeway Christian Resources, and the Southern Baptist Theological Seminary. According to the suit, Hannah-Kate’s father was a student and employee of the seminary and was also an employee at Lifeway during the period of time he was abusing her.

I was 13. Pregnant with child by my father/abuser. If I could tell that little girl that she would survive to see today… pic.twitter.com/SYjYlsibDv

The suit was filed in Franklin County Circuit Court in Kentucky and alleges that the defendants “have engaged in a defamatory conspiracy to marginalize and negate [Hannah-Kate’s] advocacy in the perverted and un-Christian desperate hope that the denomination can skirt its own culpability in the damage inflicted.” The lawsuit also states that “since her advocacy began, the powers in the Southern Baptist denomination have intentionally and concertedly acted to silence her, lie about her, and deny her truth.”

Hannah-Kate Williams’ lawsuit refers to two recently leaked letters written by Dr. Russell Moore, the former president of the SBC’s Ethics & Religious Liberty Commission (ERLC). The first letter, leaked May 29, 2021, said that members of the EC were using what Moore called “vicious guerilla tactics” against him due to his attempts to address racism and sexual abuse within the SBC.

Moore sent the letter to ERLC trustees in February 2020 shortly after a task force was formed to investigate the ERLC in order to determine if his leadership had impacted giving from SBC members. Mike Stone, who at the time was the EC’s chairman, headed the task force conducting the investigation.

Stone was a candidate this year for president of the SBC and narrowly lost to Ed Litton in a runoff election during the 2021 SBC Annual Meeting in June. Hannah-Kate was one of several survivors who attended the meeting and advocated for a motion—which messengers did adopt—that an independent investigation into the EC’s alleged mishandling of sexual abuse claims be given to an independent task force.

Prior to the presidential vote, Hannah-Kate had an exchange with Stone where he reportedly told her she was “doing more harm than good to the Southern Baptist Convention.” In a response, Stone did not address the accusation that he had told Williams she was “doing harm” to the SBC, but said that every person “present in this crowded area including my wife and several other pastors and their wives…corroborated that it was a polite conversation. At no time was I unkind.” Other witnesses report that when Stone left Williams she was crying.

The second leaked letter was dated May 31, 2021, and Moore wrote it to then-SBC president J.D. Greear, implicating SBC Executive Committee president and CEO Dr. Ronnie Floyd and Mike Stone in suppressing investigations into sexual abuse within the denomination. Hannah-Kate Williams’ lawsuit claims that both of Moore’s letters indicate that Hannah-Kate was one of the survivors whose allegations of sexual abuse were suppressed.

The suit also names Southern Baptist Theological Seminary president Dr. Albert Mohler, not as a defendant, but as someone who failed to hold James Williams accountable for his abuse. Hannah-Kate is the oldest of six children, and in October 2019, she and her three adult siblings came forward to the police and the public about allegations of abuse at the hands of their parents, allegations which involved Mohler’s seminary (which is named as a defendant).

At the time, Mohler acknowledged the news and said, “Southern Seminary is aware of this investigation of James R. Williams, a student some years ago. We encourage everyone to cooperate fully in this investigation. This is important and if you know anything, you must come forward.” Hannah-Kate responded that day: “Thankfully, Dr. Mohler is changing the course of direction in a way that holds others accountable.”

Southern Seminary is aware of this investigation of James R. Williams, a student some years ago. We encourage everyone to cooperate fully in this investigation. This is important and if you know anything, you must come forward. https://t.co/GxOICpGZ5D